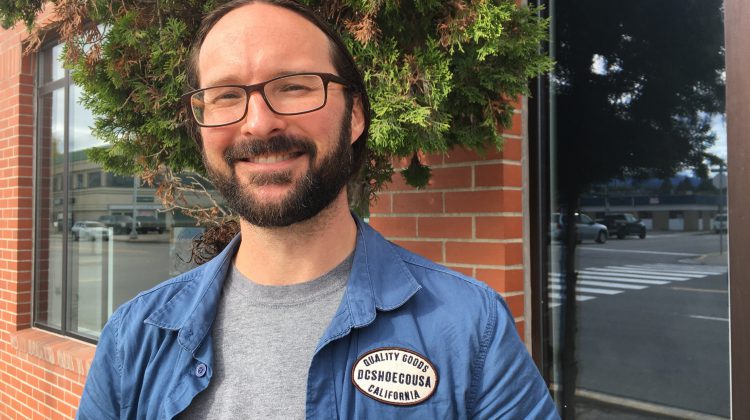 Trev Miller is running in the 2019 federal election for the Animal Protection Party, with a platform that expresses deep concerns about climate change and the need to make significant economic changes to fight it.

The Animal Protection Party is a newer federal party that formed in 2006 and ran a single candidate but now has 14 candidates running across Canada in 2019, with Miller being one of those candidates in Kootenay-Columbia.

“Our main platform policies have to do with the protection of animals and the environment. We are a full-platform party so we talk about health care, education, foreign affairs,” Miller told MyEastKootenayNow.com. “I’m here to represent all of the interests, all of the needs of all electors and non-electors in the Kootenay-Columbia riding.”

With post-secondary education in journalism and psychology, Miller said he is an experienced listener that can effectively talk with others to make the required changed necessary to combat climate change.

“Our plan is to phase out subsidies to industries impeding sustainability and using these and other funds to introduce basic income programs and other solutions that will help all Canadians,” said Miller. “There is a great economic disparity globally and the Animal Protection Party is the only political group in Canada talking about the kind of reform necessary to ensure the dignity of all Canadians.”

Holding strong views on the climate emergency, Miller said they would strengthen Environment and Climate Change financially and scientifically while imposing tariffs on countries with less severe carbon pricing measures than Canada. Those funds and current subsidies given to “destructive industries” would then be used for the development and adoption of alternative energy.

“The Animal Protection Party in 2006 was saying that animal agriculture needs to be dismantled to save this planet and the difference now is we’re being joined by 6 million others worldwide aware that this planet is in its death rows and billions of people are going to die unless we change. I’m not sure how I would feel as a citizen in Kootenay-Columbia watching citizens of South America and Africa die from droughts and heat waves created by my culture’s excessive demands.”

Although the Animal Protection Party has one of its key issues embedded in its name, Miller said she wants to represent the riding as its next Member of Parliament by looking after all issues and needs of the constituents.

“I live in this area, I’d like to represent the Kootenays because it’s beautiful, we have wonderful people and we have some of the most amazing wildlife in the world. No one is asking for anyone to do the impossible, one reward of becoming compassionate and eco-friendly is realizing I do have control and that my actions do make a difference.”

Trev Miller is one of six candidates running in Kootenay-Columbia, along with Rob Morrison of the Conservatives, Wayne Stetski of the NDP, Robin Goldsbury for the Liberals, Abra Brynne for the Green Party, and Rick Stewart from the People’s Party of Canada.

Residents head to the polls on October 21, 2019, to vote for their next federal government and their next Member of Parliament in Kootenay-Columbia.