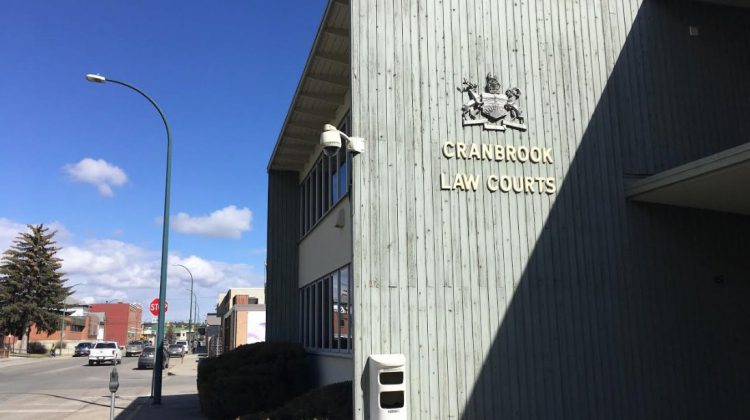 James Oler returned to Cranbrook B.C. Supreme Court on Monday for a retrial in the Child Removal Case he was previously acquitted of in 2017, where he remains accused of taking an underage girl into the United States to be married to another member of the FLDS Church back in 2004.

The Crown appealed B.C. Supreme Court Justice Paul Pearlman’s ruling for February 3, 2017, arguing that Pearlman did not, without reasonable doubt, prove that Oler had not taken actions in Canada which constituted to the offence.

Oler is accused of allegedly taking a 15-year-old girl across the border in June 2004 to be married to an elder of the FLDS Church (Fundamentalist Church of Jesus Christ of Latter-Day Saints). The identity of the 15-year-old girl remains protected under a publication ban from the B.C. Supreme Court.

In August, the B.C. Court of Appeal sided with the Crown in their appeal and ordered a new trial for Oler and the Child Removal Case was reopened.

Peter Wilson and Micah Rankin, the special prosecutors representing the Crown, were both back from the previous Child Removal Case against Oler and against Emily Ruth Gail Blackmore and Brandon James Blackmore, both of whom were convicted and later sentenced in August 2017.

Wilson and Rankin also were special prosecutors in James Oler and Winston Blackmore’s unrelated Polygamy Case, both of whom were convicted and later sentenced in June 2018 by B.C. Supreme Court Justice Sheri Ann Donegan.

Joe Doyle, amicus curiae, is also back for Oler’s retrial, again serving as an advisor and “friend to the court” that is impartial to either the Crown or the accused, which he has done previously on Oler’s first trial, the Blackmores’ Child Removal Case, and Oler and Blackmore’s Polygamy Case.

Monday’s proceedings began with the Wilson and Rankin’s intentions over the next couple of days, asking for a voir dire to be called to again to determine the admissibility of FLDS records seized from the Yearning for Zion Ranch (YFZ) near Eldorado, Texas in Schleicher County in April 2008.

Throughout the week, Wilson and Rankin intend to call a total of six witnesses as part of the voir dire, similar witnesses to those called in Oler’s first trial in late 2016.

The first witness called on Monday was Nick Hanna, a Texas Ranger and the case manager and evidence custodian during the raid of the YFZ Ranch in 2008.

Asked by Wilson, Hanna detailed the layout of the YFZ Ranch, noting that Texas Rangers seized around 600 to 700 boxes of evidence between April 3rd, 2008, and April 9th, 2008, when they conducted the raid of the ranch. Hanna testified that they seized various pieces of evidence including documents, records, photos, and digital information including CDs.

Hanna’s testimony is expected to last until the end of the day on Monday with the continuation of the voir dire throughout the rest of the week as Wilson and Rankin will call several more witnesses including experts on the history and origins of the FLDS church, RCMP investigators, among other witnesses.