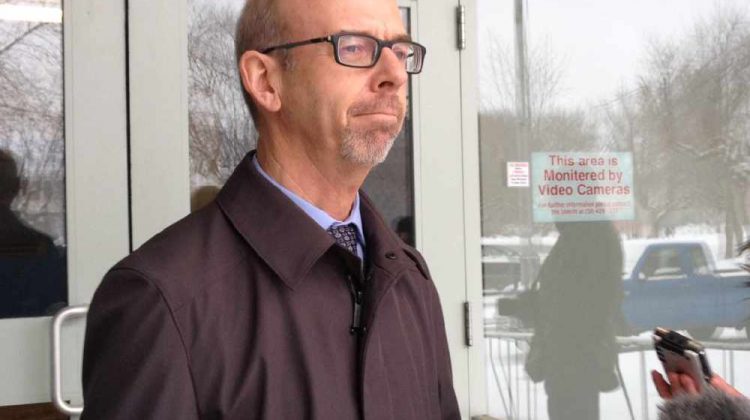 Two of three accused members of a polygamous sect in Bountiful have been found guilty of removing a child from Canada for a sexual purpose.

Justice Pearlman also ruled that James Marion Oler is not guilty and has been acquitted of all charges.

In front a packed courtroom, Justice Pearlman presented that he was satisfied beyond a reasonable doubt that the Blackmore’s knew the girl was under the age of 14 and was to be married to Fundamentalist Church of Jesus Christ of Latter Day Saints prophet Warren Jeffs in 2004, where their plural marriage would then be consummated as per FLDS customs.

Jeffs is now currently serving a life sentence in a Texas jail unrelated to the case against Oler and the Blackmores.

In his ruling of James Oler, Justice Pearlman said the Crown failed to prove that he had crossed into the United States with a 15-year-old girl that was to be married to another member of the FLDS church.

The court also said there is a lack of concrete evidence to support that Oler and the 15-year-old were even in Canada when he received a phone call from Jeffs instructing him to bring the girl to be united in a plural marriage.

“The court has convicted two of the three accused on this indictment,” said Dan McLaughlin, Communications Counsel for the Criminal Justice Branch after the verdict. “It was a thoughtful, thorough, and detailed analysis of the issues before the court. The special prosecutor will be taking the time necessary over the next few weeks to review the decision in detail.”

A pre-sentence report is being prepared as the parties are expected to reconvene in Cranbrook Supreme Court on April 13, 2017.