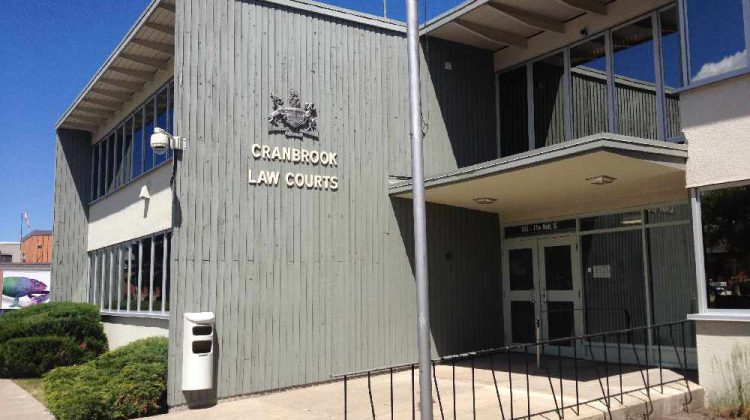 A supporter of Gail Blackmore stormed out the courtroom visibly upset and crying following Pearlman’s ruling. “Everybody happy? Bet you are,” Brandon Blackmore directed to the gallery in handcuffs while being escorted out of the courtroom by police.

“The special prosecutor, in this case, urged the court to impose a sentence which would denounce the unlawful conduct of the offenders and also act to deter the offenders from this kind of conduct and as well act as a general deterrent to other members of the community who might be inclined to engage in this type of conduct,” said Dan McLaughlin, Communications Counsel for the B.C. Prosecution Service.

In his ruling, Pearlman said Brandon Blackmore was more so culpable of the offence than Gail, getting direct direction from Warren Jeffs in February 2004 to bring his 13-year-old daughter to be married to him in the United States and putting the plan into motion. Pearlman said that as per the belief of the Fundamentalist Church of Jesus Christ of Latter Day Saints, both Brandon and Gail Blackmore knew the marriage would be consummated and would lead their daughter into a relationship that involved sexual touching or sexual interference.

Pearlman said he also took into consideration another 16-year-old daughter of Brandon Blackmore’s, who was also taken to the United States just 4 months after the original incident on the indictment and married to another man in the FLDS church. The evidence of that marriage was included in the trial and considered by Pearlman in this sentencing.

In regards to their 18 months probation, Pearlman gave the Blackmore’s two direct orders.

“The offenders were ordered to submit DNA samples for analysis and registration in the National DNA Data Bank and given the nature of the offences, they were also ordered to submit to the provisions of the Sexual Offender Information Registration Act,” confirmed McLaughlin. “They will be subject to those conditions for 10 years following the conviction.”

Outside the courtroom, Nancy Mereska, Founder of Stop Polygamy in Canada, was holding back tears, overjoyed for the sentencing delivered by Justice Pearlman.

“I think that it will set the wheels of motion for some of these very very brainwashed people to start thinking about what they’re doing. They enjoy the benefits of our great country and yet they break the law and they don’t think they’re breaking the law,” said Mereska. “Some of those people have to know in their hearts that what they’re doing is wrong. I wouldn’t take a 13-year-old girl down to marry an old man, you wouldn’t.”

When asked if further charges could be incoming as a result of Friday’s sentencing, McLaughlin said they will take future cases as they come from RCMP or other investigative means.

“The Prosecution Service responds to investigations which are completed and reports to crown counsel which are submitted by the investigative agencies. If further charges are investigated and submitted for charge approval, the crown will take appropriate action.”

Although James Oler was originally included in the child removal trial for the same charge involving his own daughter, Pearlman acquitted Oler of that charge. Special prosecutor Peter Wilson has since appealed that decision and the proceedings are still ongoing.