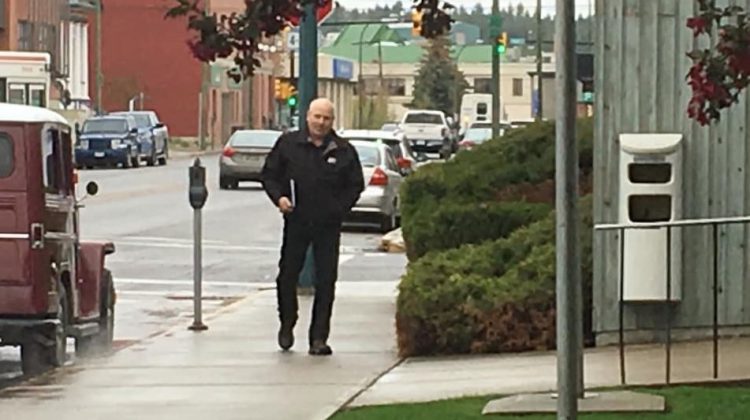 Guilty of removing a child from Canada for a sexual purpose, James Oler returned to Cranbrook B.C. Supreme Court on Monday for the start of his sentencing hearing, as Madam Justice Martha Devlin is now expected to deliver her ruling on August 29th.

Although it was anticipated that B.C. Supreme Court Justice Martha Devlin would deliver her sentencing decision for Oler on Tuesday, she told the court on Monday that she would need additional time to weigh all of the necessary factors before giving her reasons.

Back on May 17, 2019, Madam Justice Devlin found Oler guilty of taking a 15-year-old girl into the United States in June 2004 to be married into a polygamous or plural marriage with another older man of the FLDS (Fundamentalist Church of Jesus Christ of Latter-Day Saints).

As per the Criminal Code of Canada, Oler could face a maximum prison term of five years.

In Cranbrook B.C. Supreme Court on Monday, the Crown made submissions that Oler faces 18 to 24 months imprisonment for his involvement in the removal of the 15-year-old girl. The Crown submitted that Oler’s position of authority as the FLDS Bishops of the Bountiful community is a strong factor for the sentencing term.

Back in August 2017, B.C. Supreme Court Justice Paul Pearlman set the only precedent for child removal sentencing at the first trial where Oler was originally acquitted. Pearlman sentenced both Brandon James Blackmore and Emily Ruth Gail Blackmore to 12 months and 7 months imprisonment for the removal of a 13-year-old girl in June 2004 to be married to FLDS Prophet Warren Jeffs.

Joe Doyle, amicus curiae and literal friend to the court, suggested to Madam Justice Devlin that Oler be sentenced between 6 months to 18 months, falling in line with the similar punishment that Pearlman ruled against the Blackmore parents.

Crown and Doyle both made note that Oler has followed all of his bail conditions since April 2014, and has been a law-abiding and hardworking citizen, save for his 2018 polygamy conviction alongside Winston Blackmore, which both said is a neutral factor in his sentencing for the child removal charge.