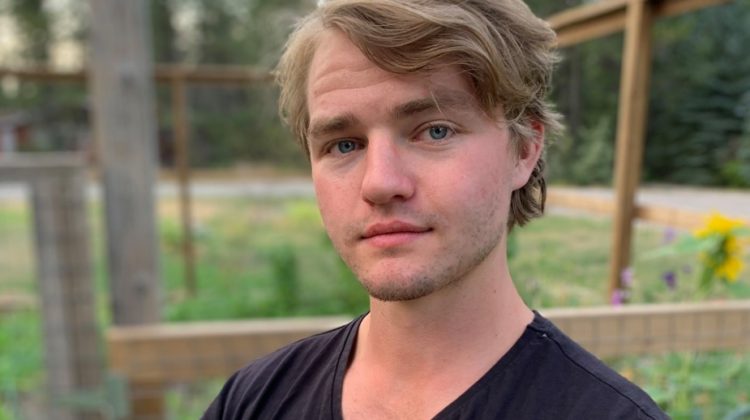 Samson Boyer is representing the BC Green Party in Columbia River-Revelstoke for the 2020 provincial election. (Supplied by Samson Boyer, Facebook)

Previously running in the 2017 provincial election, Samson Boyer is back running for the BC Green Party yet again in Columbia River-Revelstoke.

One of the youngest candidates to run in the 2017 election, Boyer said he is once again representing the BC Green Party because he was impressed with what they were able to accomplish over the last three years.

“Regardless of what people feel about the Green Party’s stance on the economy or how fast we need to move to a green economy, the Green Party demonstrated that it is for the people and for democracy,” Boyer told MyEastKootenayNow.com. “The biggest impact by far was we got big union and big corporation donations out of politics, and for me, you could not hope for anything better than to create more democracy essentially, and to remove corruption from our system.”

Growing up in Fairmont Hot Springs, Boyer was homeschool and got his first job as a beekeeper at 13. Still working as a beekeeper in Spillamcheen, Boyer obtained a Law and Justice Diploma from Selkirk College following the 2017 election, getting elected to the Board of Governors of Student Union.

Boyer said he is running because he wants to implement change in the democratic process.

“I don’t believe that anyone currently running or currently in office is listening to the people of Columbia River-Revelstoke. Due governance is we elect someone, once, every four years, and that’s the only chance we get a say in politics, and I would very much like to change that system.”

Boyer said communities deserve a say over what decisions are being made in Victoria that affects them. He would like to see instead see a bottom-up government that starts with community conversations to discuss bills in the legislature, bringing in experts to talk to the community and ensure they are heard, eventually with the community voting on those bills.

“I know as well as anyone in this riding that we don’t feel the people in Victoria know anything about use here in the Kootenays and that’s the real reason why I am running, I want to actually make a democratic system.”

Besides the COVID-19 pandemic, Boyer highlighted various issues he would address if elected in Columbia River-Revelstoke including affordable housing, rural health care, and the opioid crisis.

Boyer said paramedics are under a lot of stress and not receiving fair payment for their work, believing it is directly affecting their response times.

“We need our paramedics to bring the ambulance in less than 20 minutes if someone’s having a heart attack or a medical emergency. We need to ensure that we have the system in place, especially since we have an older demographic. The BC Greens have health care as one of our key policies and if elected I would bring rural health care to the forefront of that.”

The opioid crisis is another issue the Boyer wants to tackle, supporting the decriminalization of drugs to ensure a safe supply of drugs and safe housing for those most directly affected.

Believing the BC Liberals cut education and health care spending for 16 years and that the BC NDP is following the same trend, Boyer wants to see a change.

“No one else is offering anything new or different,” said Boyer. “We’re never going to change the system so that it listens to us, the people, unless we have politicians who are actually willing to work towards that goal. I think listening to communities and listening to the experts is essential.”

Boyer is running in the riding against Nicole Cherlet of the BC NDP, and incumbent Doug Clovechok who is once again representing the BC Liberals.