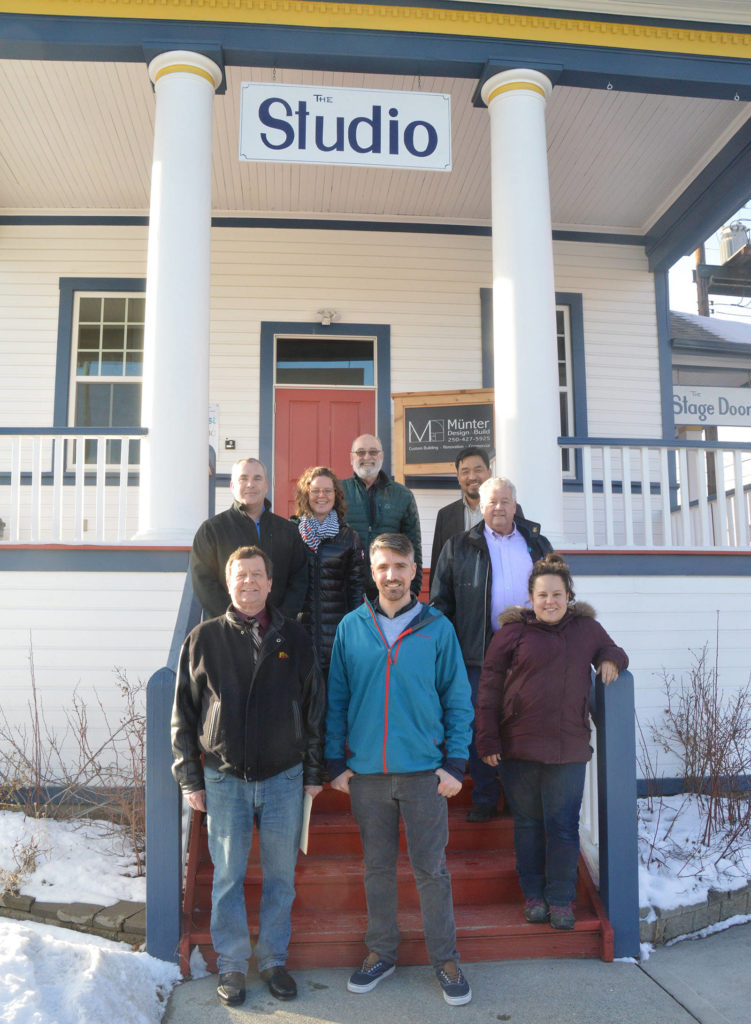 The Aliens premiered Off-Broadway in 2010, and won the Obie Award for Best New American Play, with Baker’s Circle Mirror Transformation. It includes original music & lyrics by Michael Chernus, Patch Darragh and Erin Gann and was developed in part with assistance from the Orchard Project.

Chalmers has cast 3 young men who may be familiar to the Cranbrook audiences, two who are currently appearing in 9 to 5 at Key City Theatre and the other who commutes from Kimberley to share his talents. We welcome Woody Maguire, Will Nicholson and Matt Van Boeyen to our stage.

The play takes place in a small town in Vermont. Two thirtyish men, Jasper and KJ, meet to discuss music and poetry on a patio behind a coffee shop. They discuss their band, which was called (among many things) The Aliens. KJ has dropped out of college and Jasper has not finished high school, but is writing a novel. When Evan, a high school student who works at the coffee shop arrives, the men “decide to teach him everything they know”.

The Aliens “is another offbeat, slyly intriguing drama with comedy… There are seemingly more minutes of silence than there are of dialogue in Baker’s script; the leanness makes strange and intriguing even the most banal exchanges. The effect is purposeful — there’s a mildly hazed authenticity that sounds like how people might talk while circled around a bong. – Theatermania

Producer, Marnée Bellavance cautions that the subject matter at times may offend and may not be appropriate for younger audiences.

Thank you to our local sponsor Just Music!!