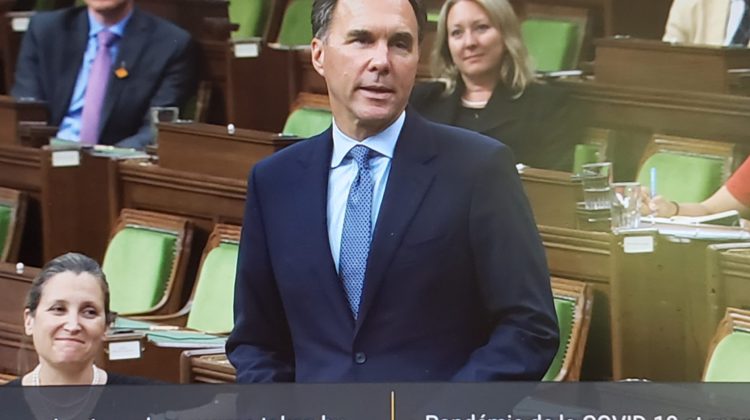 A fiscal “snapshot” from the Trudeau government estimates the federal deficit for the 2020-21 fiscal year will be $343.2-billion.

Finance Minister Bill Morneau presented the update Wednesday, saying it’s expected the economy will contract by 6.8% in 2020 because of COVID-19 – its sharpest drop since the Great Depression.

However, Morneau did say there’s a 5.5% projected rebound in 2021. By the end of the 2020-21 fiscal year next March, he said they are projecting $469 billion more will be spent than what was projected by spending targets set in December 2019.

The rising deficit has pushed the federal government’s total debt level to more than $1-trillion, a record-setting number for Canada.

Morneau said he expects to deliver an economic update or a budget in the fall.