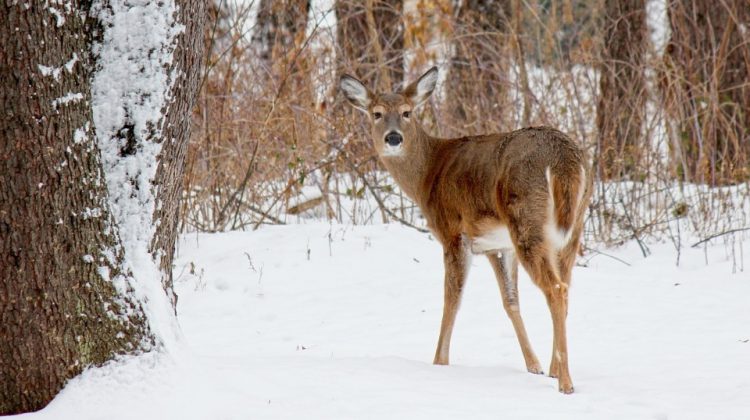 Cranbrook’s deer cull has been severely hampered by vandalism and theft, leading to a frustrated City Council and an RCMP investigation into who might be behind it all.

According to the City of Cranbrook, seven out of the 10 clover traps from the B.C. Government have been damaged to make them unusable in the deer population management program moving forward. As well, 10 game cameras and memory cards from the City of Cranbrook were set up at each clover trap to assist investigators should trap vandalism occur as in previous years. The City said six of the 10 cameras have been stolen, while memory cards from two other cameras we also stolen by the suspect or suspects.

Mayor Lee Pratt said the trap vandalism has escalated and is a very serious offence against the City and the B.C. Government.

“One of them they lit on fire and it was right beside a guy’s motor home,” Pratt told MyEastKootenayNow.com. “He was away but if that motor home would have started on fire, a possibility of taking two homes with it so it’s a very serious issue right now.”

“God help anybody if we find somebody that’s guilty because we will go for the max.”

RCMP are investigating the vandalism, which was first reported on December 11, 2019, when two of the traps’ netting was slashed. Footage from the game camera at the site was provided to local police. The most serious incident occurred at the end of January 2020, when a clover trap was burned in a private yard, several feet away from a camping trailer, the event described by Mayor Pratt.

Allowed to remove 70 deer with the wildlife permit from the B.C. Government, the City of Cranbrook said only six deer have been captured and euthanized as part of the program. Three of the animals were mule deer, while the other three were white-tail deer.

City Council expressed their frustration with the lack of success and the deliberate attempts to stop the program from proceeding.

“There is no other way to explain what has happened here with the animal activists,” said Councillor John Hudak in City Council Chambers on Monday. “This is just bordering, if not eco-terrorism in our community.”

Councillor Wayne Price said its an “embarrassment” and “ridiculous”, suggesting the City look at pulling the plug altogether.

“We’re being criticized on a regular basis, it’s a lose-lose situation,” Price told City Council. “I’m wondering if we shouldn’t contact our solicitor and check with our solicitor on liability potential to the City if we completely withdraw from the program and what liabilities the City would be under not participating in the program if there was injury or worse to a citizen or somebody in the community as a result of a deer attack, or attack by predators who are going to be coming into the community for the deer.”

Mayor Pratt said the entire issue is extremely frustrating as they are handcuffed by the B.C. Government, with only one option of performing a deer cull or not.

“It’s still all in the hands of the Province so our hands are tied. We work at best with what we’re given and do we go outside of that? That’s the question, what are the repercussions if we do,” asked Pratt. “We keep asking them for other methods but this is it, they make the rules.”

“We were involved in the relocation trials, we looked into the dog program, it’s not that we’re not pursuing anything it’s just that we don’t make the rules so we have to abide by what they say.”

The reason the City of Cranbrook is continuing to pursue the deer population management program from the B.C. Government is the complaints received about aggressive deer in the community.

Chris Zettel told City Council on Monday that the majority of complaints are from people walking their dogs, with deer injuring people that try to intervene between and altercation with their pet.

“We’ve had two pets killed in the last couple of years because of deer,” Zettel told City Council. “An owner would just let them out to use the washroom and they come later and the dog is gone. Those are the types of aggression incidents that we’re dealing with.”

The wildlife permit from the B.C. Government expires on March 31st, 2020, as the City of Cranbrook has received an amendment from the Ministry of Forests, Lands and Natural Resource Operations and Rural Development (MFLNRORD) to now allow for the removal of up to 35 mule deer and 35 white-tail deer. The original permit allowed for the City of Cranbrook to remove 70 deer, but 60 of them had to be mule deer and only 10 white-tail.

Cranbrook City Council received the update as information and will continue with the program to the best of their ability at this time.