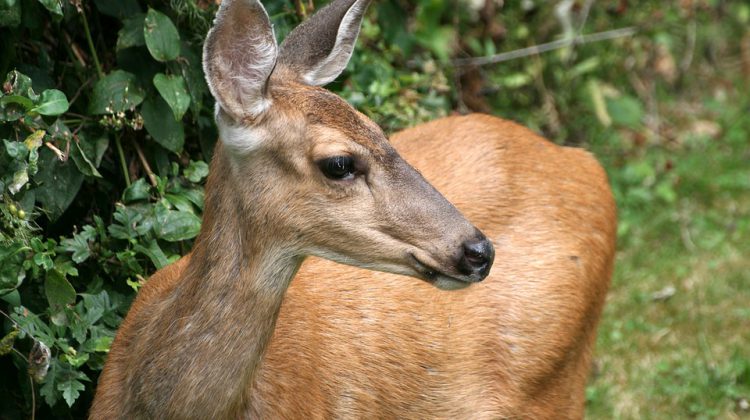 Cranbrook City Council has approved another cull this winter, after limited options from the B.C. Government to conduct an urban deer management program.

While relocation and pilot projects have previously been considered by the Ministry of Forests, Lands and Natural Resource Operations and Rural Development (FLNRORD), the B.C. Government removed relocation as a viable option for municipalities. The City of Cranbrook previously conducted a relocation pilot project in partnership with Kimberley, Invermere, and Elkford.

Mayor Lee Pratt said that approximately two months ago, FLNRORD notified them that they wouldn’t participate or support any more relocation trials.

With only one option from the B.C. Government for a deer cull, Cranbrook City Council unanimously supported the motion to carry out the wildlife permit, citing a need to do something about Cranbrook’s urban deer population.

“This is not our call. It’s our cull but not it’s not our call,” said Mayor Lee Pratt during the discussion with Council. “The provincial government is the ones that are in control of this and they say they are our deer but they are their deer and they make the rules.”

“As much as I hate this is our only option for dealing with the deer problem in the city, I’m going to support it,” said Councillor Mike Peabody. “It looks like the amount of issues with aggressive deer is just increasing and if this is the only thing we can do, then we have to do something.”

“This is probably right now, the only option we have available to us whether we like it or not,” said Councillor Wayne Price, who then asked whether sterilization of female does would be a viable alternative for City Council to consider as Oak Bay is attempting the sterilization trial on Vancouver Island.

“No way yet is it operational, it’s going to be very much like the relocation, doing a number of studies and seeing if it has any impact at all,” responded Chris Zettel, City of Cranbrook Communications Officer. “Previous discussions way back in 2011, 2012, the Province indicated at that point it wasn’t a viable option because, at that point, they indicated that between 80% to 90% of the female deer population needed to be treated each year for three years to have any impact so at that point they weren’t willing to discuss it any further.”

Receiving the Wildlife Permit from the B.C. Government, the City of Cranbrook can capture and euthanize up to 70 urban deer, 60 being mule deer and 10 being white-tailed deer. The Wildlife Permit is effective December 1s, 2019 until March 31st, 2020.

“This just causes an annual frustration that we all engage in and I’m tired of it,” said Councillor Ron Popoff, who still voted in support of the population management program. “We need to either say it’s not working and stop doing it or desperately try to find a better solution.”

The most successful cull completed by Cranbrook was in 2018 where 50 animals were removed, without any external circumstances holding back the program, the most successful since then was back in 2011 for Cranbrook’s first cull of 25 deer.

“Last year they gave us a permit for 100 but they gave it to us two weeks before the time was up. This year I think we have a permit for a decent number but realistically, we’ll never get that many but at least we’re getting some.”

Members of City Council expressed concern with rising complaints of aggressive deer, with 38 complaints so far in 2019 as compared to 23 a year prior.

“Not that I like killing deer but we need to do this, there’s so many complaints of aggressive deer in the city,” said Councillor Norma Blissett. “I’m not talking about the perimeter of the city, like when I live up by Idlewild Park I expect a deer on my yard but it’s a little different when they’re crossing Main Street or crossing Baker and that’s more of a concern to me is the downtown deer population.”

“If we don’t do something, we’re talking about deer-human, deer-animal conflicts now, it’s not going to be too long before we keep rolling the dice on this one, we’re going to end up having a predator-human, predator-animal conflict,” said Councillor John Hudak, who said he is worried about predators eventually moving into town looking for the urban deer that now call Cranbrook home. “We’ve neglected to deal with this situation, it’s not going to clear itself up so I think we have to.”