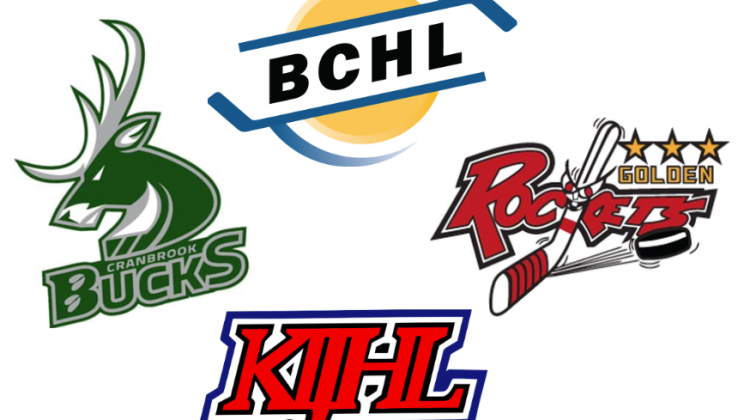 The Cranbrook Bucks (BCHL) are welcoming the Golden Rockets (KIJHL) to the Key City for the foreseeable future after Golden Arena was forced to close as a result of the facility’s failing ammonia ice chiller.

Last week, the KIJHL and the Rockets announced that the team would play their December home games in Cranbrook following the shutdown. Maintenance crews and refrigeration technicians are continuing to work on a solution for Golden Arena, which remains closed indefinitely.

Now, the Cranbrook Bucks have stepped up to help the KIJHL club, and are a key reason why the Rockets will play their December home games a couple of hours south.

“We are excited to bring some hockey games to Cranbrook and create some good out of a tough situation for Golden and their team,” said Nathan Lieuwen, President of the newly founded Cranbrook Bucks. “It was a no brainer for us to help out and bring their home games here.”

“We are thrilled that our fellow Kootenay hockey club has welcomed us in our time of need,” said Jeremy Blumes, Head Coach and GM of the Golden Rockets. “It’s a great opportunity for our boys as well as other KIJHL teams to showcase themselves to the BCHL’s newest franchise.”

Blumes and the Rockets organization are also thanking the City of Cranbrook and Cranbrook Minor Hockey for accommodating Golden’s KIJHL schedule, which has been changed since it was first announced.

“We are grateful for the support from Nathan and the Bucks organization as well as a number of other individuals that have got us back on the ice,” added Blumes. “Our club is looking forward to playing in front of the great hockey community of Cranbrook.”

Here’s the updated schedule for the Golden Rockets’ December games in the KIJHL.

The Cranbrook Bucks said fans can purchase tickets to the Golden Rockets games in advance at the Cranbrook Bucks Office at Western Financial Place or at the door. Ticket prices are $10 for adults, $7 for youth and seniors, and $5 for children, while kids under five get in for free.

Doors will open 45 minutes ahead of puck drop with an operating concession at all games held at Western Financial Place.