East Kootenay wildfires either under control or being held 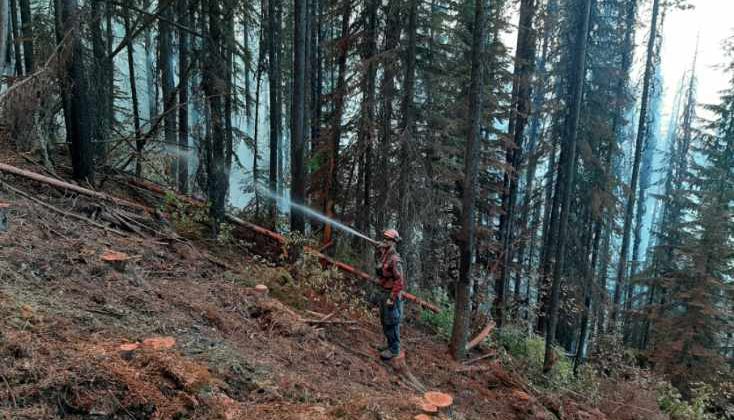 Firefighter spraying water onto the Doctor Creek wildfire. (Supplied by the BC Wildfire Service)

All six of the East Kootenay region’s active wildfires are either under control or being held.

A 1.1-hectare wildfire is being held in the Galloway area after it prompted an Evacuation Order of 46 nearby properties. Officials with the Regional District of East Kootenay said the Order has been lifted and residents can return to their homes, thanks to efforts from firefighters.

The fire started Thursday afternoon near the railway tracks.

North of there, the BC Wildfire Service said a lightning-caused wildfire in the Granite Creek area is now being held. Previous estimates said the fire was 40 hectares in size, but it has since been corrected to about 26 hectares.

Two small wildfires have been put out, one in the Lussier Creek area, east of Skookumchuck, and another south of Canal Flats on the west side of Kootenay River, along Findlay Creek.