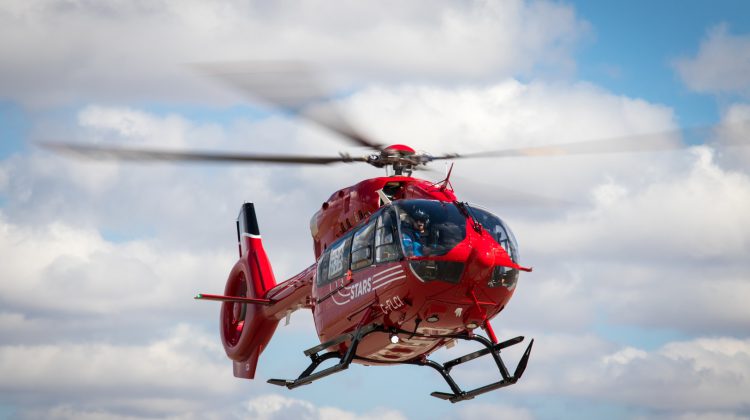 A passing motorist suffered serious injuries when a vehicle rolled over him after he stopped to help a crash victim in Kootenay National Park on Thursday evening.

Columbia Valley RCMP said officers were called out to assist BC Emergency Health Services respond to a single-vehicle rollover collision on Highway 93, about eight kilometers east of Radium Hot Springs.

Police learned that the vehicle was westbound when it suddenly lost control, veered into the oncoming lane, spun and fell down an embankment.

“A Good Samaritan, who had been travelling on the highway in the same direction, immediately jumped into action and climbed down the 150-foot embankment in an attempt to extricate the driver trapped inside,” said Cpl. Jesse O’Donaghey, spokesman for the BC RCMP in the Southeast District. “Without warning, onlookers witnessed as the wreckage shifted and suddenly rolled onto the Good Samaritan, seriously injuring him. Fire crews worked quickly to perform a long line rescue to raise both the injured driver and the Good Samaritan to safety.”

The driver, a 44-year-old man was transported by BC Emergency Health Services to a local hospital for treatment.

According to police, the Good Samaritan was airlifted from the scene by STARS Air Ambulance to a larger centre in Alberta for enhanced medical care.

Police said the 46-year old man, who had celebrated his birthday the day before, was in stable condition as of Friday afternoon.

Police continue to investigate the circumstances of the crash that sent both men involved to the hospital.

“Although full determinations have not yet been made, investigators suspect that alcohol may have been a factor in the crash. The driver, who allegedly refused to provide his blood samples to police, is expected to appear in Invermere Provincial Court first on July 26, 2021,” said Southeast District RCMP.

Anyone who may have witnessed the crash is asked to contact Columbia Valley RCMP.