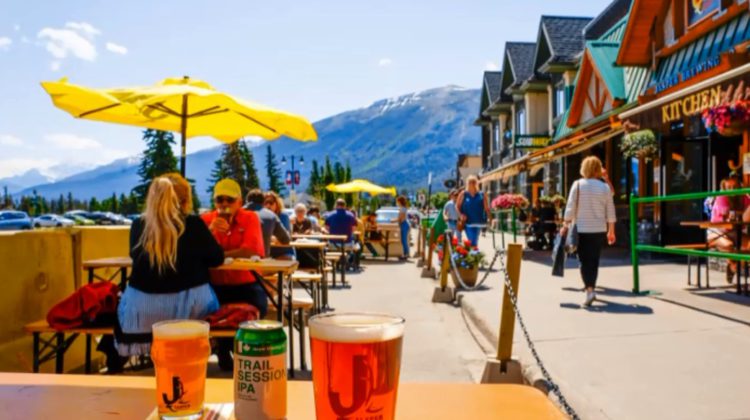 Cranbrook City Council unanimously voted in favour of several motions at a Special Council Meeting on Wednesday, supporting the use of outdoor patios for local restaurants and businesses.

Motions to amend their Downtown Seasonal Patio Bylaw, relax parking requirements so businesses can have patios, and an extension of the Temporary Expanded Service Area (TESA) for food and liquor licenses were all given the thumbs up from City Council. 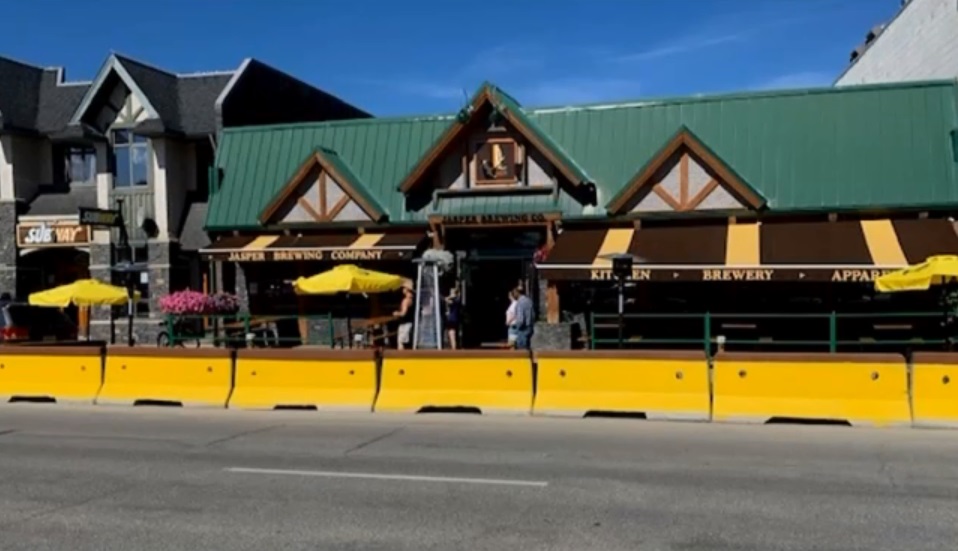 Cranbrook’s Downtown Seasonal Patio Bylaw was first introduced in 2016 and the amendments were explained by Fercho, which included patios for restaurants with privately-owned parking lots, a waiving of all application fees, and a unique option for Baker Street.

Fercho said City staff have the ability, with available COVID-19 funding from the Province, to push traffic lines on Baker Street a couple of feet to the north, providing additional room for patios. The adjustment doesn’t mean Baker Street will be the only place for patios, however, as all other side streets can apply too.

“They would be confined to what is the width of the parking stalls because those streets – with the cars parked on each side, and the width of the cars going both ways – there is no way to play with the lines, but those parking stalls are certainly part of this program,” Fercho told City Council. “Whether they wanted to go with the wooden structures or the concrete or whatever works for them, it would just be confined.” 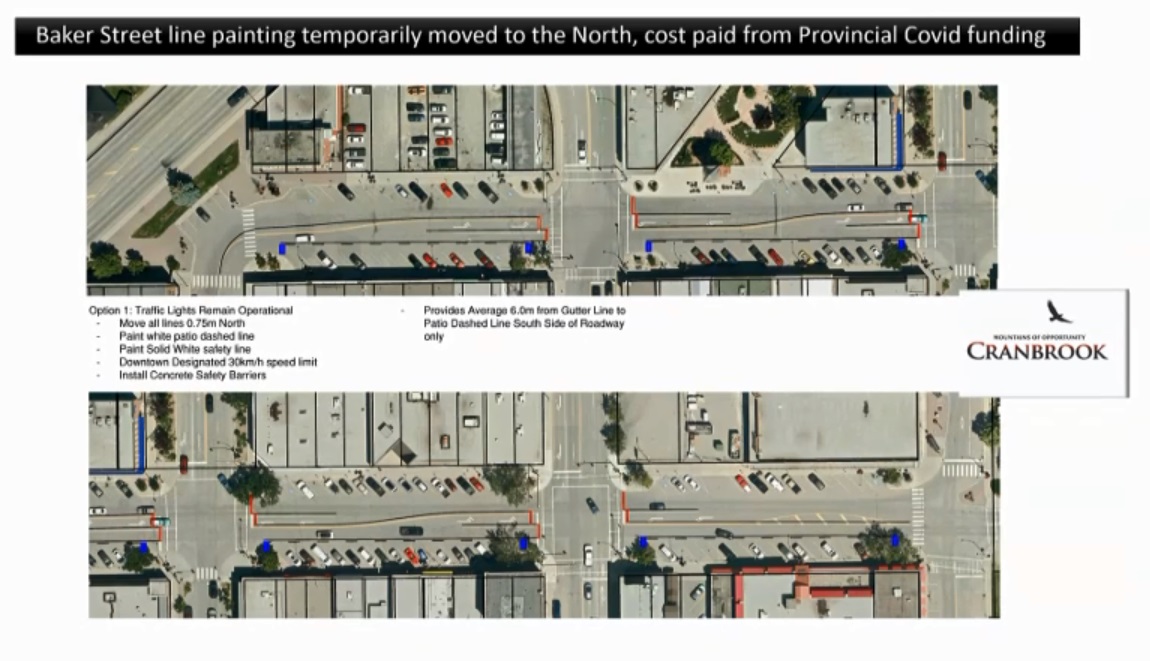 Both the Cranbrook Downtown Business Association and Cranbrook Chamber of Commerce were on hand Wednesday to present their thoughts from the presentation to City Council as well.

Joey Hoechsmann, President of the Cranbrook DBA, said he would be happy to take calls from businesses that aren’t open to the idea of utilizing existing parking stalls. 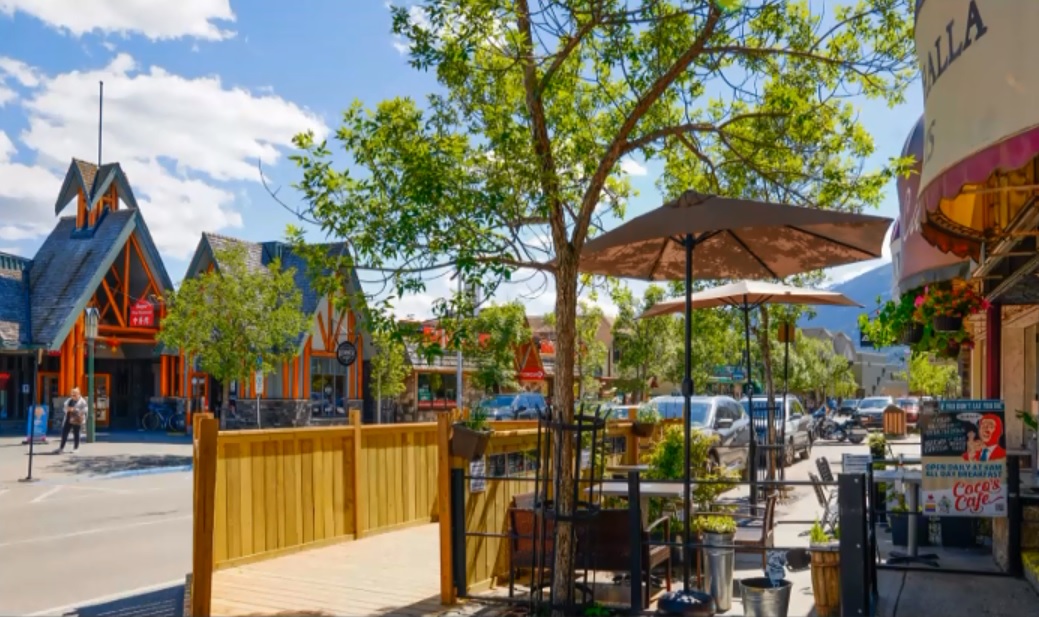 “I know that there is going to be some businesses that will react to that but I think that it’s a great test,” said Hoechsmann. “They should be happy to try it, and what’s great is this is not necessarily a permanent solution, but again, a great opportunity for us to give this a try this summer.”

“I think that this is a fantastic idea,” added Helen Barron, Executive Director of the Cranbrook Chamber of Commerce. “I think it is, as Joey mentioned, a great opportunity to kind of test the waters and see how something like this would work and I think that it’s really needed right now. Our businesses need it, and I just, I really liked seeing the way that it was setup with the concrete barriers and even, you know, eventually with the tenting overhead so that people are somewhat sheltered.”

Hearing the discussion and the presentation, Cranbrook City Council gave first, second, and third reading to amend their Downtown Seasonal Patio Bylaw, which will be adopted as soon as Tuesday, April 6th while staff collect applications for proposed patios.

Fercho told City Council that staff are ready to expedite all applications received, with the waiving of any fees. Some of the general and Cranbrook-specific provisions for the bylaw amendments are as follows: 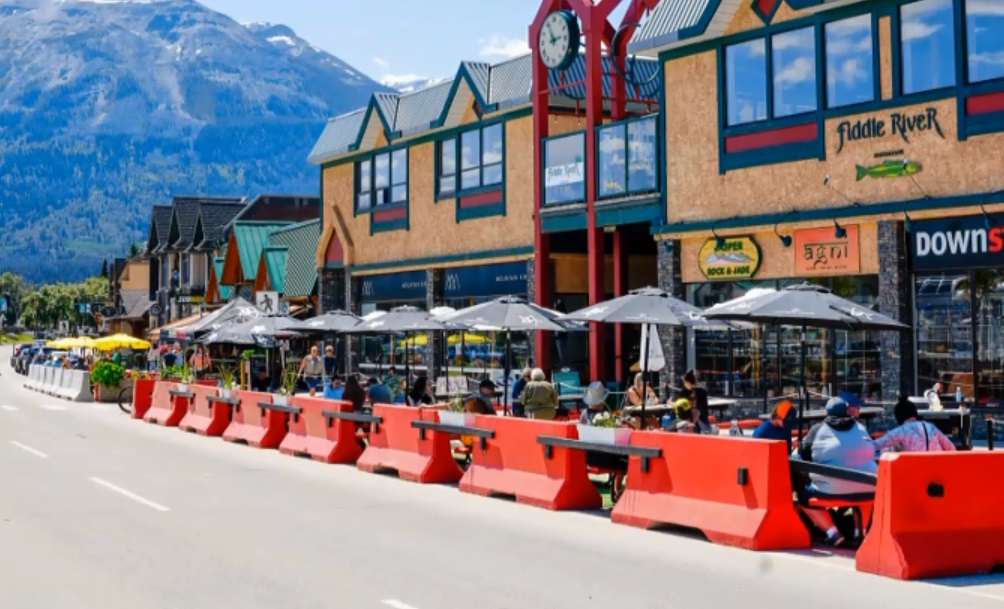 Cranbrook City Council then gave unanimous approval to amend parking requirements, so restaurants could utilize a portion of their private parking areas for a seasonal outdoor patio.

The final motion that City Council approved was to extend existing TESA authorizations, falling in line with the B.C. Government’s offerings until October 31st, 2021 for those that already have liquor and food licenses.

Another motion was put forward by Councillor Wayne Price. He moved that the City fully waive parking meter fees downtown for the initial three-week period of the COVID-19 restrictions, until April 19th, or until the restrictions are lifted. While Price and Councillor John Hudak were in favour, the rest of City Council voted down the motion.

Mike Peabody was not in favour, believing the full waiving of those fees could actually be more of an issue for downtown businesses than a benefit. He said the motion does have a goodwill feel, but it would costs businesses because people could occupy those spaces long-term, rather than paying the small change for their downtown stop.

Ron Popoff said the parking meters are not there to make revenue but to manage parking, ensuring spots aren’t occupied for lengthy periods of time. Wes Graham told City Council he understands the intention of the motion but believes it isn’t viable. Norma Blissett said she understands the sentiment of the motion as well but doesn’t think the cost of parking is high enough that it’s actually discouraging people from coming downtown.

Mayor Lee Pratt said the parking meter motion was a Catch-22 situation. He told City Council that it’s a nice gesture but it could then create issues as people park downtown and just sit there in the stall for long periods of time. He believes it’s a great idea but it could create another issue.

“I appreciate the comments from the naysayers here on this, and I do appreciate it,” said Councillor Wayne Price, sincerely. “It’s a good topic to throw out there so at least the public knows it was discussed and now we’ve created the rationale why, because you can bet that some would be saying, well why aren’t you going that step further and doing this?”

The parking meter motion was voted down 5-2, while all other motions were given the go-ahead.

Watch the full Special Meeting of Cranbrook City Council below and their discussion on outdoor patios: