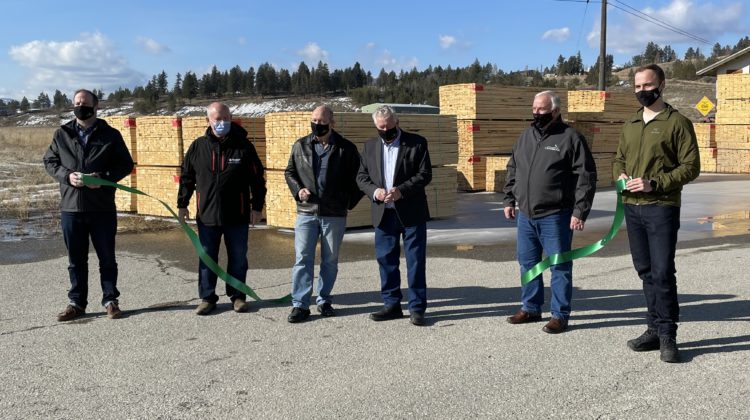 Peak Industries celebrated the opening of their finger joint mill on Wednesday, the first of many ongoing opportunities on Cranbrook’s industrial lands.

Subdivision and development plans are currently underway for the lands off of Theatre Road, the former industrial lands owned by Tembec. Peak Industries purchased the full lot in November 2020 from the City of Cranbrook for $6-million. 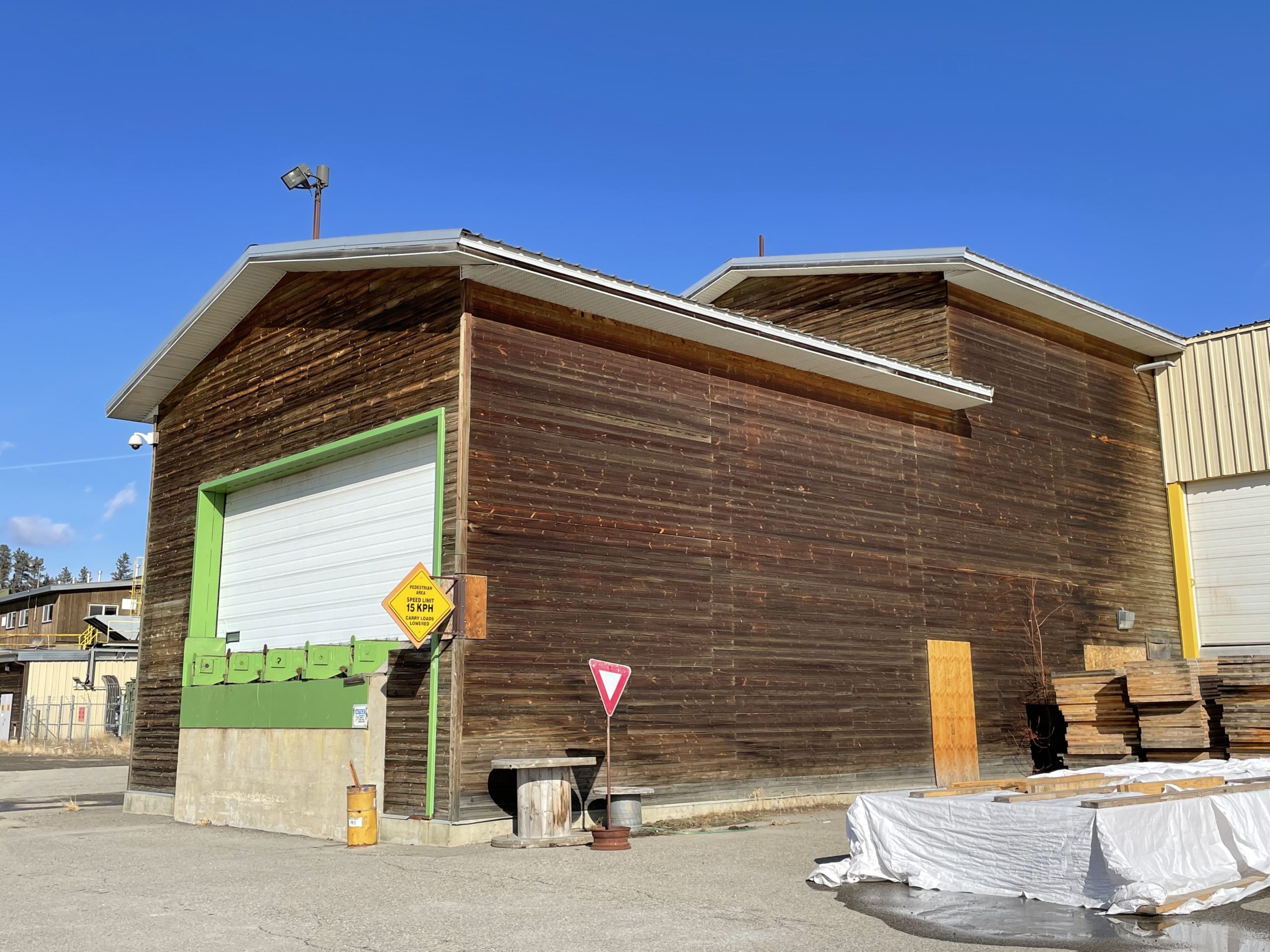 “The big celebration today is the return of the forest industry to the City of Cranbrook,” Bill Bennett told MyEastKootenay.com, following the ribbon cutting at the mill on Wednesday. Bennett is a consultant to Peak Industries after his long-tenure as a politician – the former MLA for Kootenay East.

“All of this lumber that’s being produced is being shipped to Texas, there’s a big market for it so it looks like this will be a very stable operation for a long time and it’s great to see the forest industry operating in Cranbrook again.”

According to Bennett and Brian Fehr, Owner of Peak Industries, there are currently 23 workers at the finger joint mill. 15 new jobs are to be added for a second shift due to the demand in Texas.

The finger joint mill is specifically taking waste wood from Canfor’s Sawmill in Elko, which is planed and then brought to the mill in Cranbrook. From there the wood is jointed together and cut to varying dimensions and lengths to be shipped south of the border.

“It’s adding value to waste wood in a way that generates jobs and prosperity for people,” said Bennett.

The newest venture in Cranbrook is just one of many investments by Brian Fehr as he looks to have hundreds of jobs on the 100-acre property in the coming years. 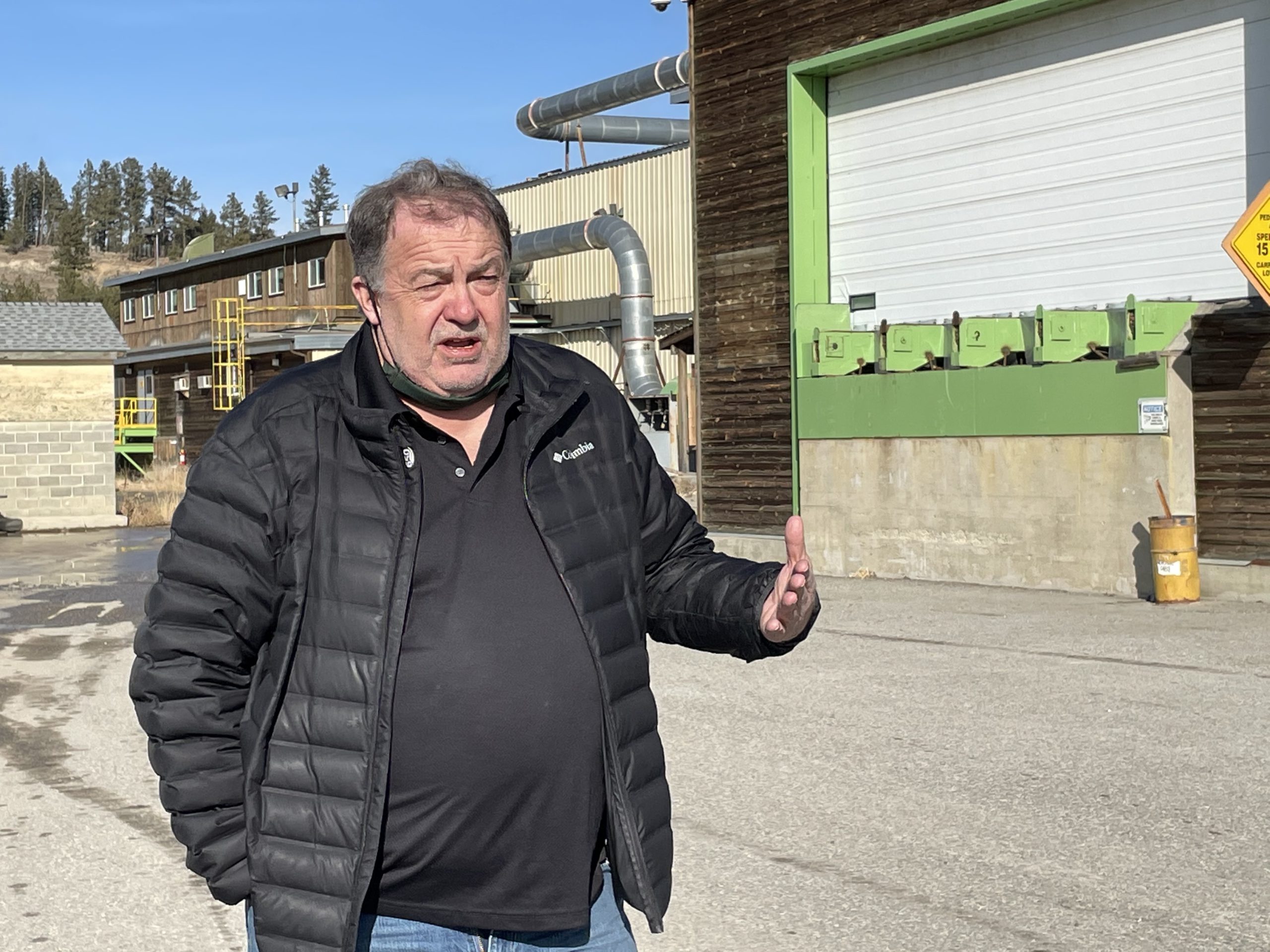 “We want this to be an unbelievable place with 200 to 300 jobs, but looking good, best it’s ever looked in this town,” Fehr told attendees of the ribbon cutting on Wednesday. “I will always be the guy that defers to jobs. We’ve done that in Canal Flats, we’ve done that in St. George, South Carolina. I had 14 shops in North America, all small-town stuff.”

From his various other ventures in Prince George and Vanderhoof, B.C. as well, Fehr has since relocated to the region and is living on Rosen Lake, with many of his family members running operations and legs of the business.

Fehr said he’s excited about the prospects of the 100-acre parcel and future development opportunities in Cranbrook. 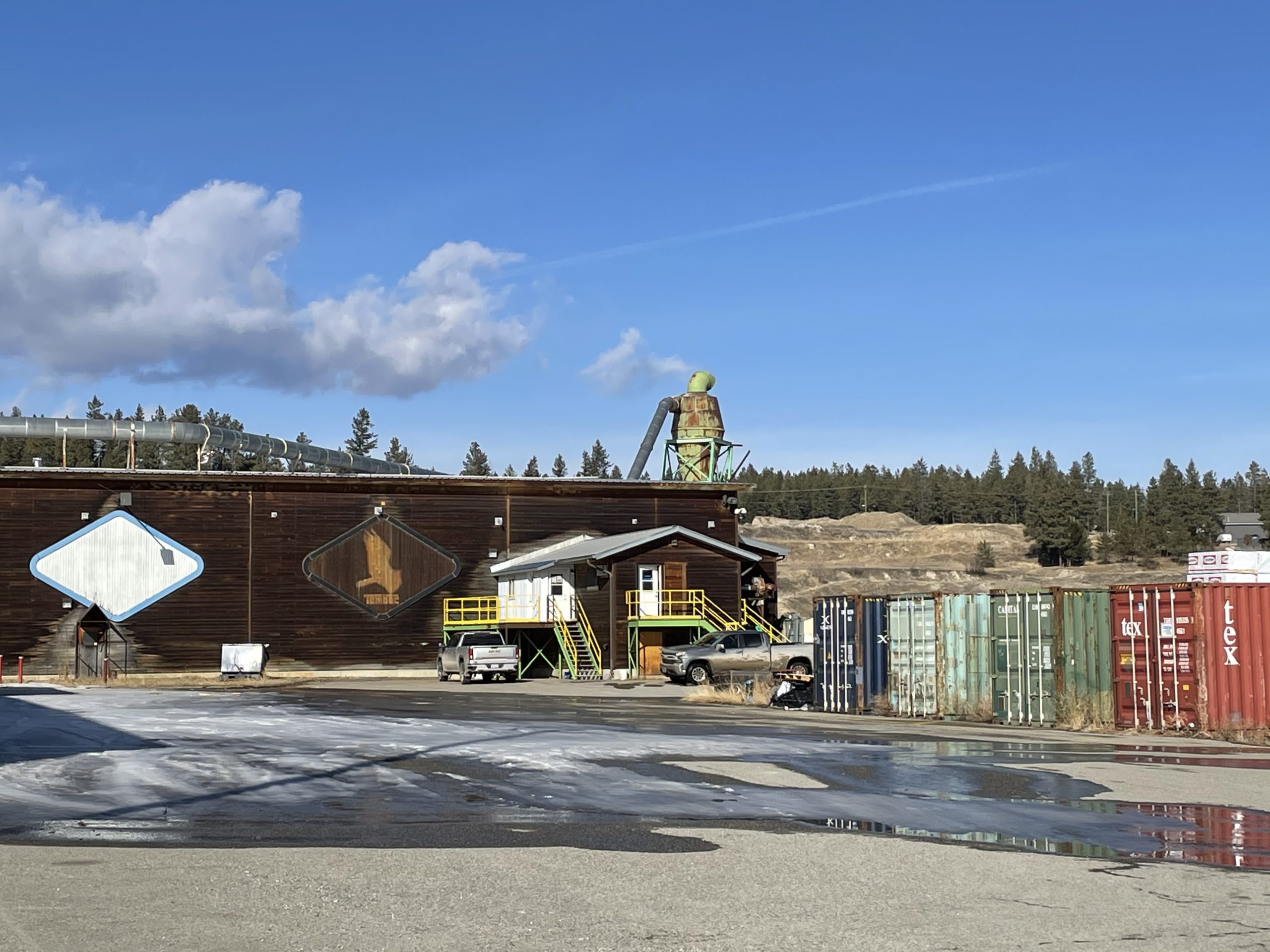 “Always, as long as I am alive, it will be about jobs. I believe that some people have a gift and mine is making jobs for people.”

Currently, Fehr has arrangements and agreements with four other companies that are currently leasing space on the industrial lands.

Steel River Group is a pipeline service company that is working on natural gas pipelines for both TransCanada and Fortis. They managed to secure the contract to cover both pipeline networks and will be providing jobs for several years to come. Peak Industries is currently in discussion to work out a long-term arrangement on the site, if not a permanent placement for Steel River Group.

Applied Compression has a shop on the west side of the property. The local company builds and sells high-end compression equipment and parts. Recently, Quebec’s Xebec Industries purchased Applied Compression and is currently employing six people at the site, with plans to have 10 total jobs in the next couple of months. Peak Industries is discussing a permanent arrangement on the industrial lands with the company.

Glen Trasport is also leasing land to park their trucks and trailers, saving their Cranbrook area drivers additional trips back to headquarters in Skookumchuck. Bennett said a long-term relationship is being discussed.

Fehr also created a new company, Peak Logging – currently known as FB Logging, which will use the large truck bays at the south east end of the finger joint mill for a shop. The company is set to operate locally in the region, lending to further job creation. Fehr noted they spent $2.4-million on logging equipment for the company just prior to Wednesday’s ceremony.

“Having only been here for three months, we’re really excited about the companies we’ve got on site today and look forward to continuing conversations with some great potential additions,” said Josh Power, Project Manager with Peak Properties. “There’s no doubt that this industrial park has the potential to bring a lot of good jobs to Cranbrook, something we know Brian is really passionate about.” 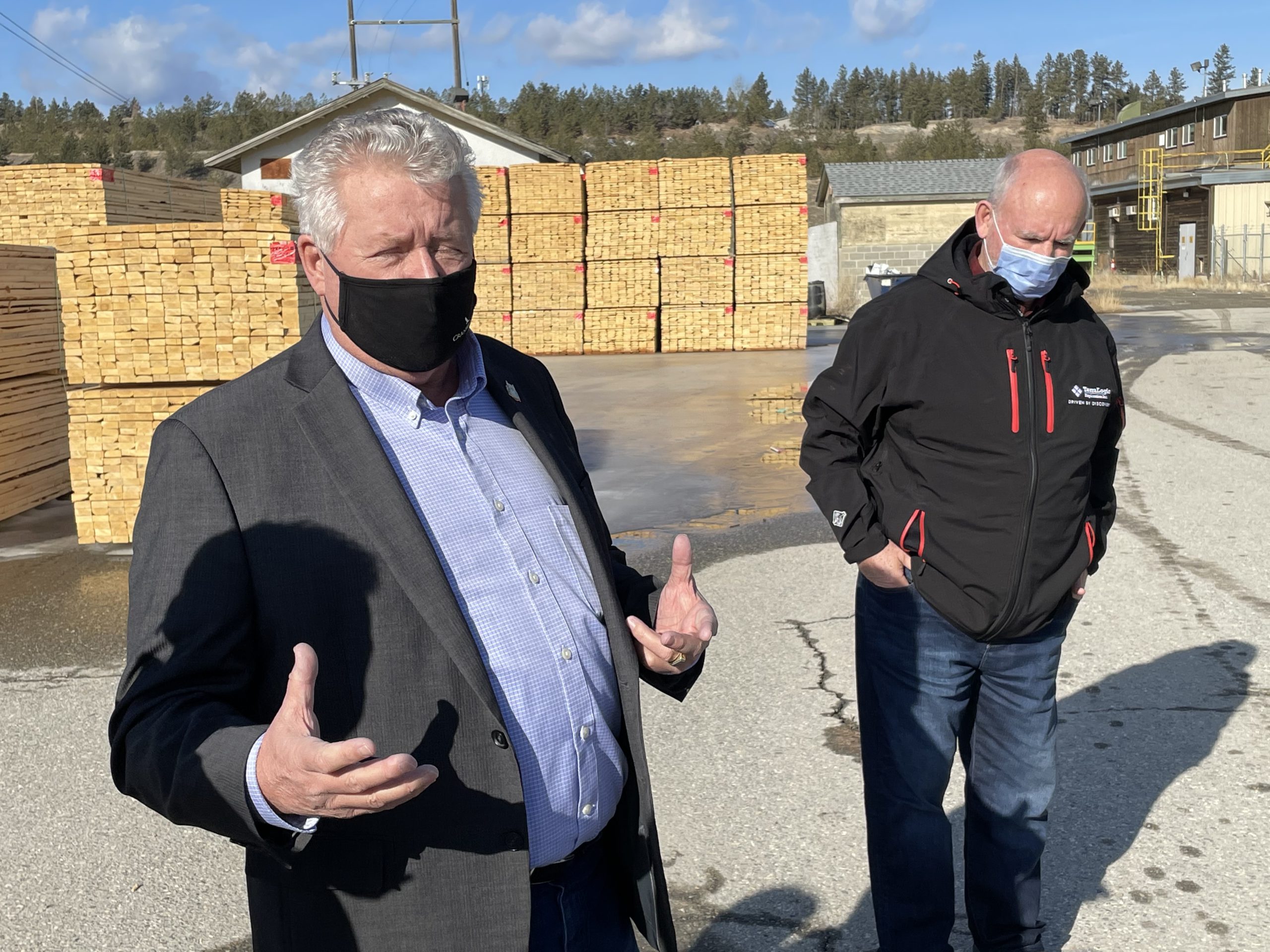 Cranbrook Mayor Lee Pratt said they are grateful that Fehr came forward and made the multi-million dollar deal for the industrial lands.

“When the City bought this property, we had a vision of developing it and bringing jobs and industries to town, and when COVID hit, things kinds of went sideways in our budget talks,” Pratt explained at the ceremony. “We were quite concerned about the revenue we were going to be bringing in, what was our tax base going to be and that, so we decided we didn’t really have the resources, commitment from staff, and the money to see the development of it and we decided to sell it.”

“Lucky for us Brian Fehr stepped up,” added Pratt. “Brian has the same vision that I had and the Council had from the development of this, and the jobs and the industries, and it was a good choice for us to partner up with.”

While the entire industrial land remains a single 100-acre parcel, plans are in place to subdivide and provide varying lot sizes and shapes. Discussions remain ongoing between Peak Industries and several local and out-of-town businesses and investments to locate to the site.

According to Bennett, Fehr isn’t just looking at foresty projects in Cranbrook but other industries as well, including high-technology, green energy, and more.

“It’s a story that isn’t over yet, it’s just in the telling right now.” 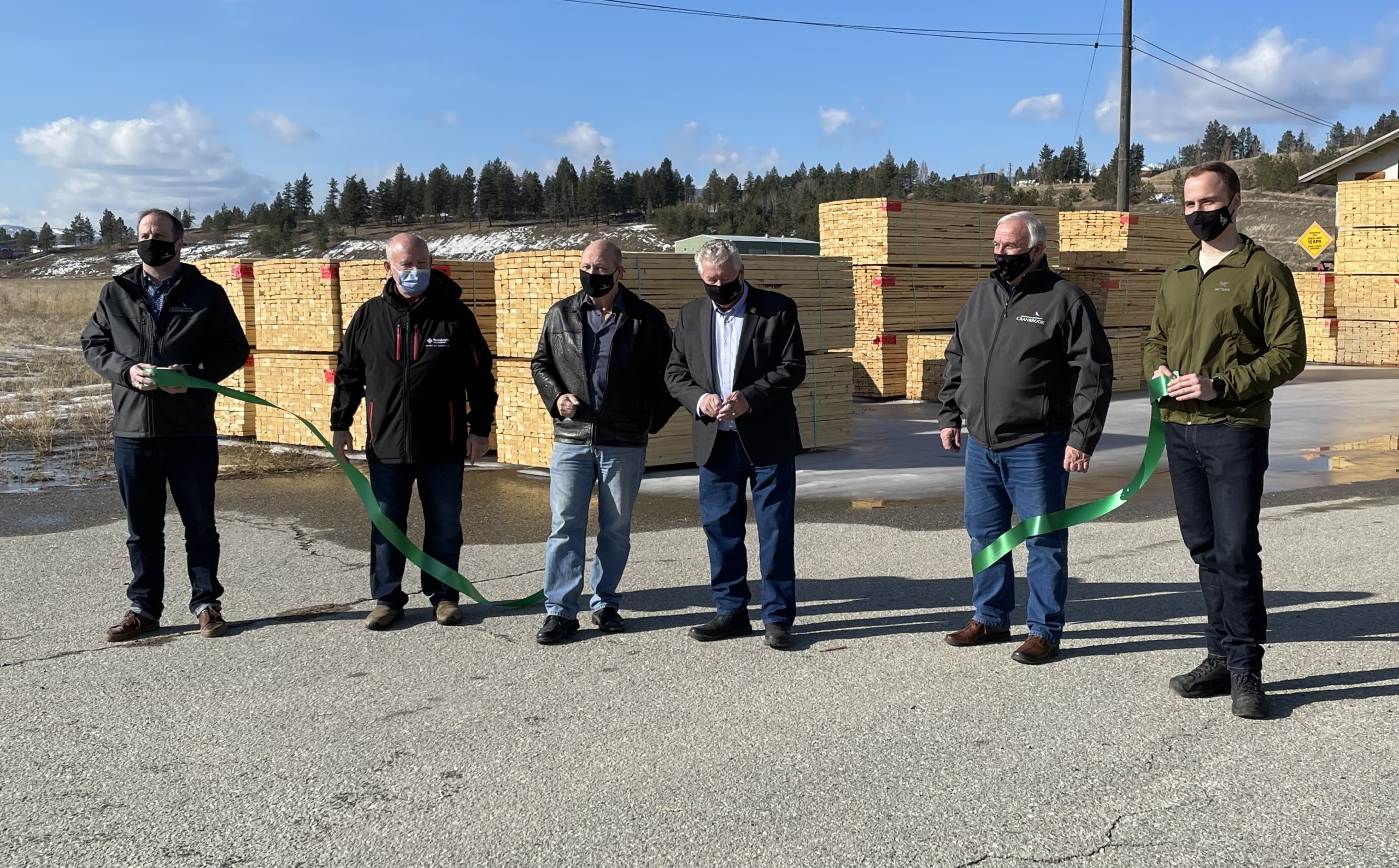