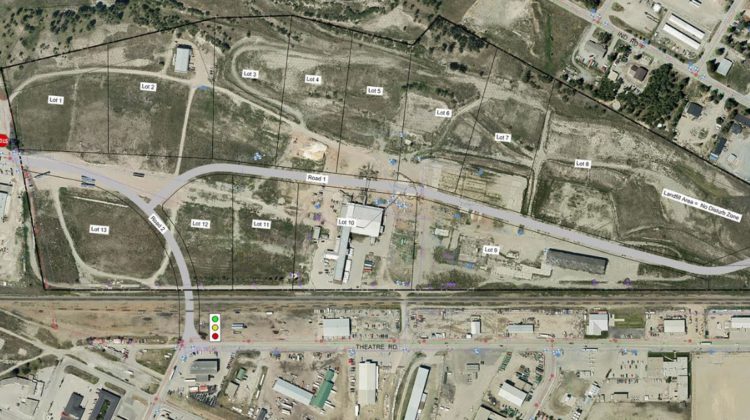 The City of Cranbrook purchased the former Tembec property for $3-million in 2018 and has since sold it to Peak Renewables for $6-million this week.

As a result of the sale, the City of Cranbrook will no longer have any connection to the property along Theatre Road, with Peak Renewables set to fully take control of the site.

“This is a strategic move intended to leverage our position as the regional hub, aligns with our regional economic initiatives and provides growth in new and emerging technologies,” said Mayor Lee Pratt in a press release. “We, as a City, spent the last three years working hard on the vision and delivering that vision. Our entire team deserves much credit on this project from engineering, planning and business development. They all played an important role in making this possible.”

Cranbrook said the land sale nearly doubles their original investment into the property, with the profit of the land sale being directed to “future initiatives” that will support tax revenue and jobs.

“The potential for new, good paying jobs for our residents, new tax dollars, new growth and economic development opportunities for the City, is very exciting,” added Pratt. “We look forward to seeing what the future holds for this important piece of industrial land and we will work with Peak Cranbrook Properties to help them realize their goals.”

“Peak Renewables and Brian Fehr bring decades of success and innovation in the forestry sector to Cranbrook,” said Darren Brewer, Business Development Officer for the City of Cranbrook. “Brian is known as a pioneer in automation and for launching artificial intelligence in the mills. His work continues by bringing new and innovative solutions for biomass and cross-laminated timber to market.”

The City of Cranbrook said the land sale will benefit the public directly. With new tax revenues, new jobs to fund City services, and direct cash profit for future initiatives. Cranbrook said discussions are currently underway between City Council and staff to create long-term financial returns from the sale of the property.

“Our economic forecast predicts hundreds of good paying jobs supporting our local economy, and this announcement will significantly add to the City’s ability to attract new investment,” added Brewer. “We knew this would happen. We knew capital would follow smart people with good ideas. This is a great announcement for everyone in Cranbrook.”