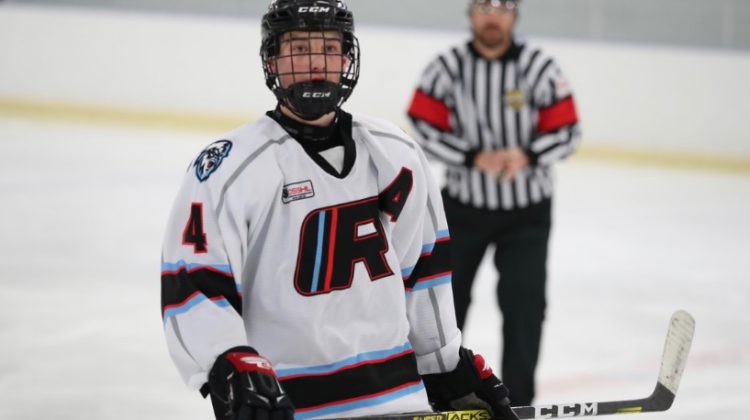 Cranbrook Bucks commit Cole Assailly played in the CSSHL in 2019/20 for Rink Hockey Academy in Winnipeg. (Supplied by Cranbrook Bucks)

The Cranbrook Bucks have added one more defenseman to their active roster.

From Winnipeg, MB, 16-year-old Cole Assailly has committed to the Bucks for the upcoming season, most recently playing for Rink Hockey Academy’s Midget Prep team in the CSSHL.

Playing 36 games, Assaily was an assistant captain of the team, scoring six goals, and adding 19 assists.

Ryan Donald, Cranbrook Bucks Head Coach and General Manager, said they are thrilled to add a defenseman with Assaily’s potential.

“He possesses a rare combination of puck skill and skating ability that we believe can make him an elite defenseman in the BCHL. We are excited to get to work with Cole and help him pursue his goal of playing NCAA Hockey.”

Assailly is set to turn 17 in October and is the 19th player to now be on the Bucks active roster. The BCHL’s newest club has 11 forwards, seven defensemen, and one goalie. The team still needs to add a few more players to round out their roster as they gear up for their inaugural season.

If you haven’t checked it out yet, MyEastKootenayNow did a special three-part series on the BCHL’s newest team in early-January.

Cranbrook Bucks: Road to the BCHL (Part 1) – a look into the BCHL

Cranbrook Bucks: Road to the BCHL (Part 2) – a look into hockey operations

Cranbrook Bucks: Road to the BCHL (Part 3) – a look into fan experience