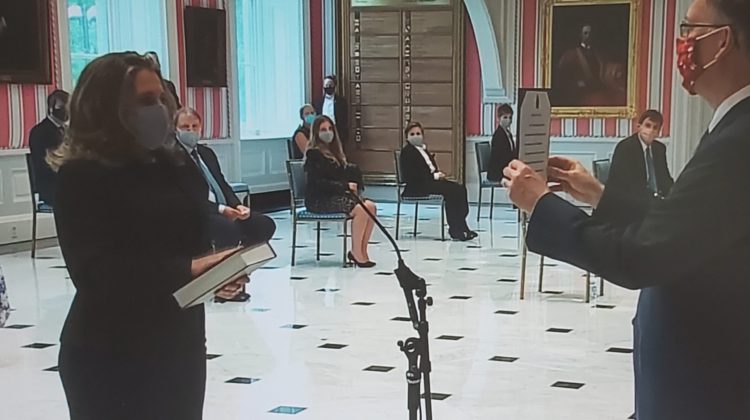 Deputy Prime Minister Chrystia Freeland being sworn in as the new Minister of Finance on Tuesday, August 18, 2020. (Supplied by CPAC)

Canada has a familiar face as its new finance minister.

Deputy Prime Minister Chrystia Freeland is taking over the role, making her the first female finance minister in Canada’s history.

The appointment comes after Bill Morneau resigned from the position on Monday. That was amid reports of a rift between him and Prime Minister Justin Trudeau over the best path forward from the COVID-19 pandemic.

Trudeau is expected to hold a press conference Tuesday afternoon where he will address reports that he is considering proroguing Parliament.

Morneau had been under fire over his role in the WE Charity scandal.