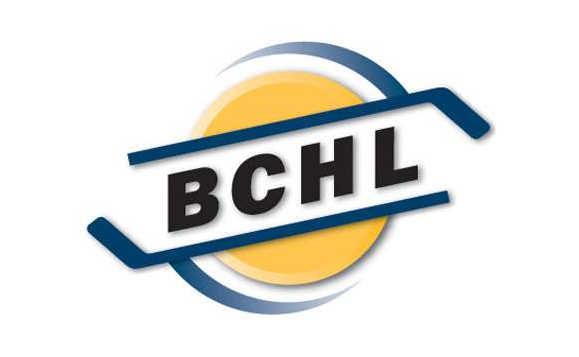 The BC Hockey League has set December 1st as the tentative opening night of the 2020/21 season, pending approval by the B.C. Government.

The tentative date is still pending approval from the Provincial Health Office (PHO), giving the BCHL the green light for the upcoming season.

“We’ve been having discussions with the Ministry of Tourism, Arts and Culture since March around a safe return to play,” said Chris Hebb, BCHL Commissioner. “The PHO has indicated to us that waiting until December gives us the best chance at ensuring we have an uninterrupted season, while also maximizing the amount of regular-season games we’ll be able to play.”

The BCHL said a full schedule will be announced at a later date, noting that the pushback date to December 1st aligns with the NHL’s plans for their 2020/21 season.

“The reality is that, for us to be able to operate, we need to have fans in our buildings,” said Graham Fraser, Chairman of the BCHL Board of Directors. “It became clear from our discussions with the PHO that the best way to accomplish this would be to delay the start of our season to give them time to assess the effects of a potential second wave of COVID-19 during flu season.”

As a Junior A hockey league, the BCHL doesn’t have any lucrative television or radio deals, heavily relying on ticket sales as teams’ main source of revenue.

The BCHL said teams will have an option to hold an extended training camp from September to November, which will include on-ice training. Exhibition competition with other BCHL teams will be permitted once B.C. moves into Phase 3 of viaSport BC’s Return to Play model, which has yet to occur. Training camps can begin as early as September 8th, with current restrictions limiting capacity to 50 people on the ice and in the stands. Summer invite camps can also continue to run up until that time. All of the extended training camps must follow strict COVID-19 protocols and guidelines, which are outlined by viaSport BC

“The BCHL’s Return to Play Task Force feels that the extended training camp model will give our players an opportunity to stay engaged and continue to develop their game in a safe environment,” said Steven Cocker, BCHL Executive Director. “Our teams will be providing on-ice and off-ice training resources to continue aiding players to achieve their hockey and education goals and to make sure they are ready to go when the season starts.”

All exhibition games will be streamed on HockeyTV and live-scored on the BCHL website, once play resumes.

While teams are looking to abide by COVID-19 guidelines for their extended training camp, so too are BCHL venues preparing their protocols for when buildings eventually reopened and fans are allowed to attend games.