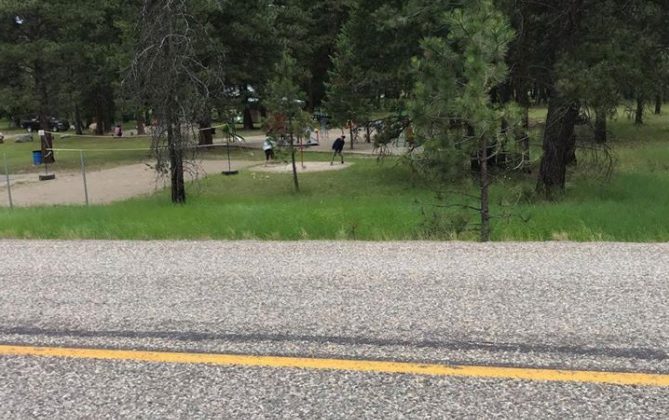 All you have to do is ask. That’s what a group of Baynes Lake residents did, and now they are getting additional road safety signs for their community.

A group of residents approached Kootenay East MLA Tom Shypitka about their concerns with speeding vehicles on Baynes Lake Road, specifically near the park and Community Hall.

“A lot of people during the summertime seem to not take their time and they kind of rush through that area at higher speeds than what is safe,” Shypitka told MyEastKootenayNow.com. “The residents gave me a shout and I agreed with their concerns and took it to the Ministry of Transporation and it looks like they’re going to be acting on it now.”

The B.C. Ministry of Transportation and Infrastructure will now be installing playground signs in the area by late July or early August in an effort to alert speeders.

“From July 13th to 20th, we’re going to be putting a speed reader digital sign to tell people to slow down and tell them to take care, there’s kids playing,” added Shypitka. “Then they’re going to be installing the playground signs.”

The speed reader is a short-term solution while the playground signs are in the process of being installed on Baynes Lake Road.

Shypitka said it is important that residents voice their concerns so these types of issues can be taken care of.

“I really feel the passion that the constituents have for these kinds of issues and I am more than happy to work on their behalf.”