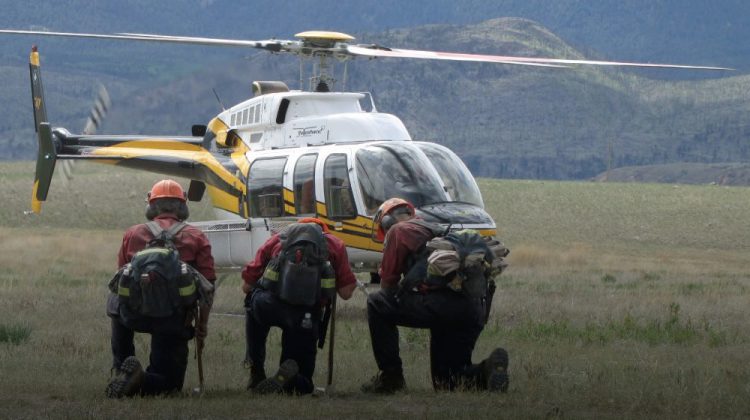 Responding to the Skookumchuck area south of Farstad Way along Highway 93/95, an initial attack crew with the BC Wildfire Service managed to extinguish the flames a couple of hours later.

The small wildfire was suspected to have been human-caused and was never a threat to any nearby structures or the Skookumchuck community.

Meanwhile, the BC Wildfire Service is handling another small 0.3-hectare wildfire near Weaver Creek west of Lumberton back in the Moyie Range backcountry.

At this time, it is unclear how that wildfire was sparked. It too is not a threat to any communities or structures.

The final wildfire in the region is the South Teepee Fire east of Moyie and 30 kilometres southeast of Cranbrook, that 35-hectare fire was “being held” over the long weekend and is now considered “under control” by the BC Wildfire Service.

As of Thursday, the majority of the Southeast Fire Centre has a “high” fire danger rating, with a few areas of “extreme” fire danger including near the Canad and United States border. 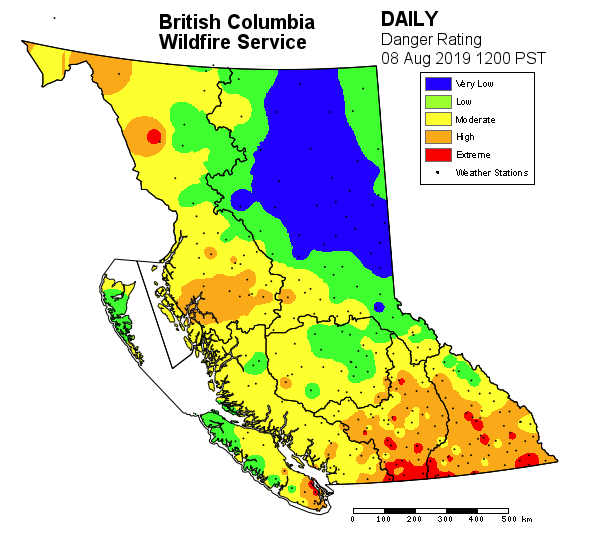 Provincial Wildfire Danger Ratings as of August 8, 2019 (Supplied by BC Wildfire Service)