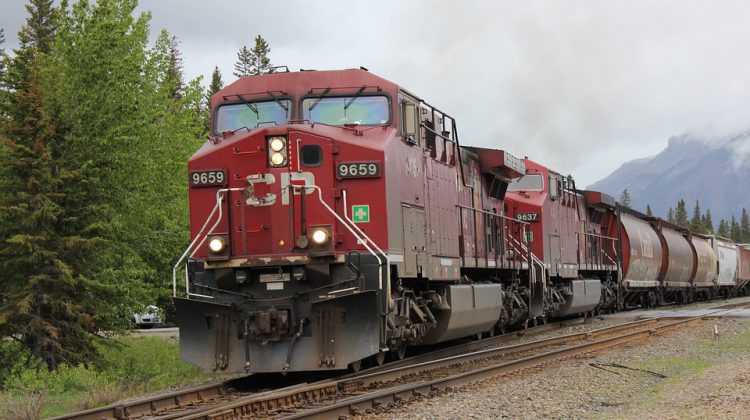 RCMP confirmed that three people have non-life threatening injuries after a single-vehicle collision Thursday morning between Moyie and Yahk.

Emergency responders and RCMP were dispatched to the scene on Highway around 8:00 am.

“Upon arrival, they discovered that a vehicle that was heading from Cranbrook to Creston had gone off the highway and down an embankment, overturned, and landed not far from the CP Rail tracks as a CP Rail train was going by,” Cpl. Mike Halskov told MyEastKootenayNow.com, Media Relations Officer for BC RCMP Traffic Services.

Luckily, the vehicle didn’t land on the train tracks and the train passed by the scene.

Halskov said the train’s engineer and conductor witnessed the incident, eventually stopping the train as fast as they could, before getting out and providing immediate assistance.

“There was three people in the car, two men and one woman, all of which were taken to hospital with varying degrees of injuries but all non-life threatening,” said Halskov. “Rail traffic was impacted for a couple of hours but everyone is going to be okay and the traffic on the highway was never impacted.”

STARS Air Ambulance was dispatched out of Calgary but didn’t arrive at the scene. Halskov said all the patients were transported to the hospital by ground ambulance and weren’t in need of the helicopter.

Halskov said impairment does not appear to be a factor in the collision, but the preliminary investigation by RCMP indicates the driver could have fallen asleep at the wheel.

STARS Air Ambulance has been dispatched out of Calgary to the Cranbrook area for an emergency call.

Cranbrook RCMP confirmed to MyEastKootenayNow.com that a vehicle went over an embankment. RCMP said crews are working to recover the vehicle.

Emergency responders including RCMP, the Fire Department, and the BC Ambulance Service were all noted to be driving to the incident on Highway 3 west of Cranbrook around 8:40 am on Thursday.

Witnesses and listeners to 107.5 2day FM and MyEastKootenayNow.com said the incident was around Irishman Creek.

STAR 1 (Calgary) has been dispatched for a Scene Call Emergency in the Cranbrook, BC area.

STARS Air Ambulance responded and has since landed at Cranbrook’s East Kootenay Regional Hospital around 9:45 am on Thursday, according to witnesses.

There are limited details at this time.