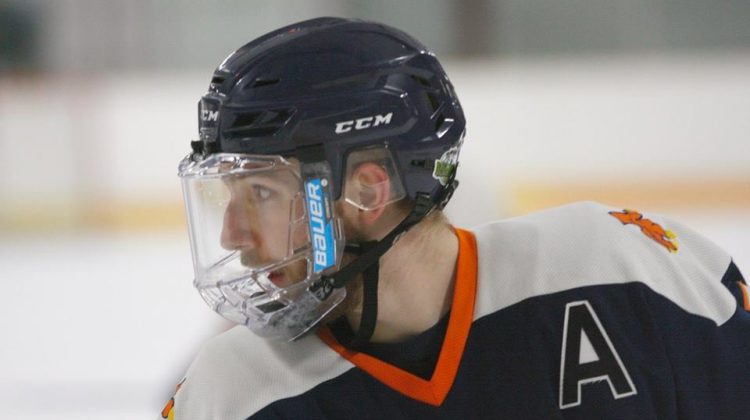 Angus Amadio of the KIJHL's Beaver Valley Nitehawks. (Supplied by the KIJHL)

The Remembering Grant Sheridan Scholarship has its first recipient, Angus Amadio of the Beaver Valley Nitehawks.

“Angus has proven himself to be a key player and leader for the Beaver Valley Nitehawks and a tremendous ambassador for the KIJHL over the past three seasons,” said KIJHL commissioner Jeff Dubois. “He exemplifies the qualities as a student-athlete that this scholarship was created to recognize, and he’s very deserving of this honour.”

The $1500 scholarship is based on a number of factors including academic excellence, community involvement and leadership characteristics and is named after Kelowna Chiefs President, Grant Sheridan, who passed away at 47 after his battle with bacterial meningitis last summer.

“I feel very honoured and humbled to be the first recipient,” Amadio told MyEastKootenayNow.com, “I know how much Grant meant to the community in Kelowna and the hockey community in the [KIJHL].”

“I would like to thank the KIJHL, the Beaver Valley Nitehawks organization and especially, Terry Jones and the coaching staff, as well as my billet families, my teammates, all the volunteers, and the fans.” 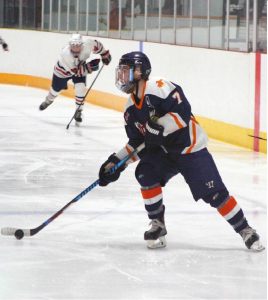 Having tallied 12 goals and 25 assists in his final season in Fruitvale, B.C. Amadio helped propel his team to first place in the Neil Murdoch division. (Supplied by the KIJHL)

It is no surprise that the founder of MindRight for Athletes Society and creator of the Remembering Grant Sheridan Scholarship, Myles Mattila, heard about Amadio.

Throughout Amadio’s hockey career, he got involved with the Special Olympics and took on volunteer coaching for people learning how to skate, all the way up through peewee and bantam.

“Grant Sheridan valued community involvement and it was exceptional to see what Angus has put forth in his volunteering,” said Mattila. “I believe by recognizing individuals like Angus, it will create opportunities for future student-athletes to pursue post-secondary education.”

As for Amadio’s passion for hockey, he said he won’t be playing next season. But that doesn’t mean he won’t get involved.

“Due to the amount of concussions I’ve had, I decided to hang ’em up,” said Amadio. “I’m currently in some talks with coaches to help out and give back through coaching. I’ve learned so much from the KI and the minor hockey community I grew up in and I’m just excited to give back.”

“He’s just one of the best teammates a guy could ever want,” said Jones. “A thing that symbolizes Angus to me, when I think about it, just in everyday practice, mid-November, just doing drills, you have some form of repetition. Angus is the guy who does every drill 110%. The right way with technique and attitude, effort and leadership. I’ll say ‘Hey everyone, watch how Angus is doing this drill.”

The Beaver Valley Nitehawks and the Nelson Leafs were tied 1-1- in their second-round series battle for the Teck Cup. But as for all major sports, the battle ended early.

“Honestly it was pretty devastating,” said Amadio. “I was almost in shock for the first couple days think that there was no way it could be. But yeah, the world is kind of a crazy place right now. It really makes you think and appreciate your family and friends a lot more.”

After the 2019/2020 Junior B hockey season was cut short due to the COVID-19 pandemic, Amadio returned to his home town where he will begin his studies in geology at the University of Calgary. 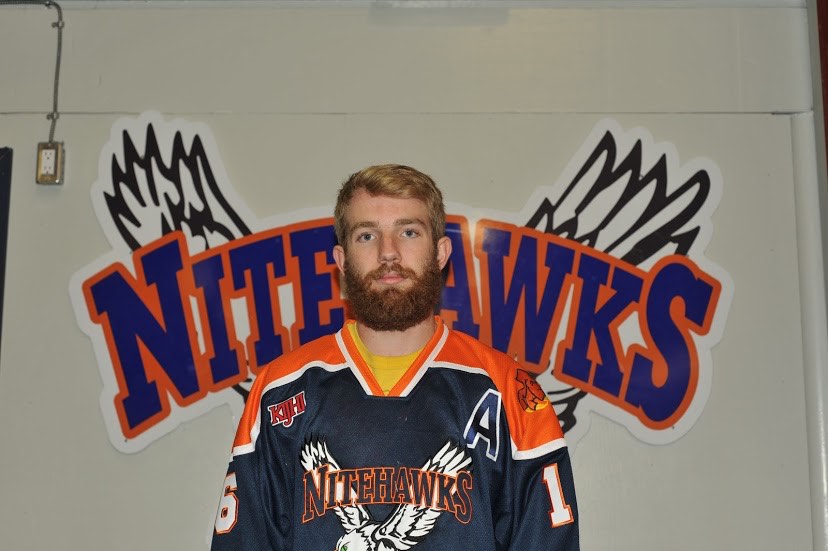 MyEastKootenayNow.com had to ask the Calgary native how it felt suiting up in copper and blue. Amadio laughed and said, “Even though I’m not a huge fan of the Oilers, I really liked our third orange jerseys.” (Supplied by the KIJHL)