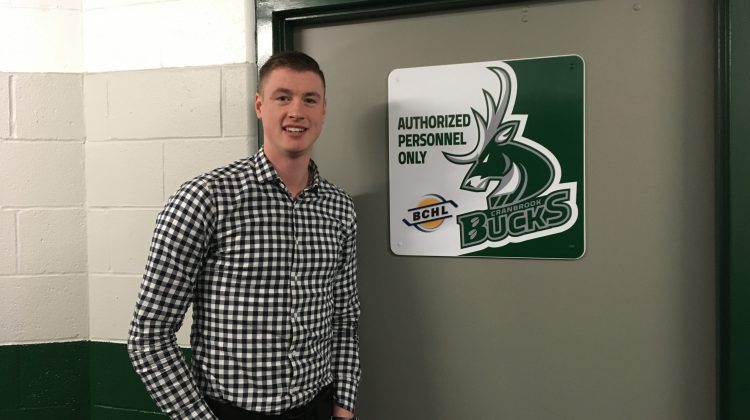 The Cranbrook Bucks continue to keep their head down after the BCHL recently reached out to the B.C. Government for financial assistance.

Following all required health orders and continuing to be prepared to make further changes if necessary, the Bucks are still hyper-focused on preparing for the 2020/21 season.

Nathan Lieuwen, Owner and President of the Cranbrook Bucks, told MyEastKootenayNow.com that he believes the BCHL has done a fantastic job of preparing as best they can in this unprecedented time.

“A lot of it is kind of a wait-and-see what Hockey Canada does, what the health authorities say and we’re just doing our best to be prepared for whatever scenario might come our way.”

In their announcement on Wednesday, Chris Hebb said all teams missed out on their annual spring camps with is a major source of annual revenue for their clubs. The BCHL Commissioner said they are hoping the B.C. Government can provide some financial assistance to offset “major losses” for its teams.

Seeing as the Bucks are the newest franchise in the BCHL, Lieuwen said they are impacted in a different way.

“The spring camp more so affected us in a way that we wanted to see some players and evaluate,” Lieuwen told MyEastKootenayNow.com. “We’ve been so fortunate with Ryan (Donald) doing such a good job on the recruiting side that I think that we’ve kind of nullified that negative already.”

Donald, a former assistant coach with Yale University’s Men’s Hockey Team has helped the team get 12 player commitments to-date and is continuing to search for more talent while rounding out his coaching staff.

“There was always going to be a lot of video and reference calling and stuff like that involved, it’s just kind of made that more prominent in the way that we’ve recruited,” added Lieuwen. “Ryan’s done a fantastic job, obviously he’s so well connected and he’s gone out and found some great players for us, which takes a lot of that pressure off.”

As far as Lieuwen’s concerned, it’s business as usual in these unprecedented times. Lieuwen said they will continue to follow any advice from the BCHL, Hockey Canada, and health authorities while honing in on what they need to do to get ready for the season and move down their list of checklist items.

“We’re continually building this team and looking at how we can bring in not only the best players, but the right type of players, the right type of people. Ryan has done a good job of reflecting what this organization wants to do and he’s gone out and gotten exactly those types of players.”

If the 2020/21 season proceeds as planned, the Cranbrook Bucks will make their official debut as the BCHL’s 18th franchise this fall.

Tam “A great day to consider how far we have come”; Millions given to research funding

Applications Open May 1st for B.C. Emergency Benefit for Workers