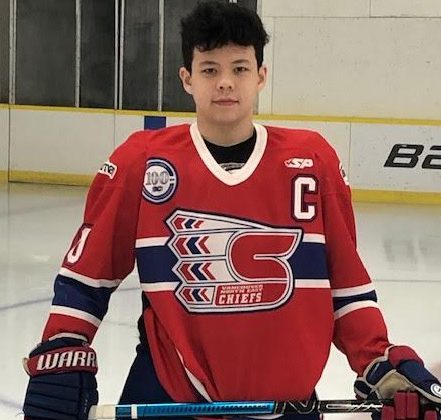 The Cranbrook Bucks had added another forward to their roster for the 2020/21 BCHL season.

17-year-old forward Christian Lowe has committed to the Bucks for the inaugural season.

“Christian is a player that our staff identified as a one who will fit the Bucks’ brand as a player and person,” said Ryan Donald, Head Coach and GM of the Cranbrook Bucks. “Christian was pursued by a number of other BCHL clubs but chose to come to Cranbrook and be a part of our birth as a program.”

Lowe was the captain of the Vancouver NE Chiefs and was voted MVP of the team this past season.

“He will be a great asset for both our team and the community of Cranbrook, and we look forward to helping him achieve his goals.”