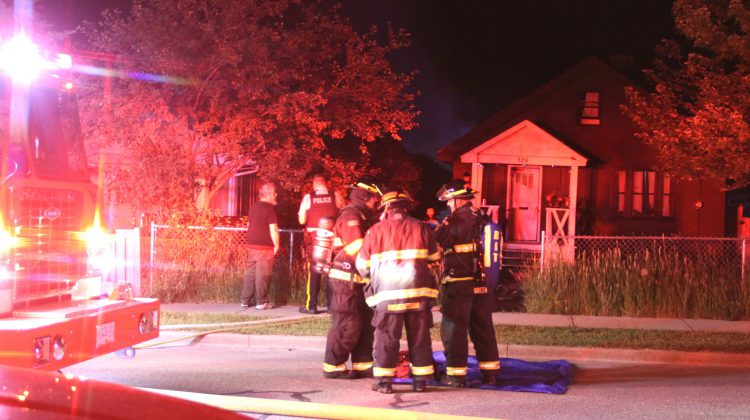 Reported along the 300 block of 3rd Avenue South, Cranbrook firefighters responded to the property around 2:00 am.

“Initial crew responded with two engines and four firefighters and on arrival, there was smoke and flame visible from the back of the residence at 325 3rd Avenue South,” Dez Desjardins told MyEastKootenayNow.com, Director of Cranbrook Fire and Emergency Services.

Quickly actioning the fire, firefighters managed to prevent the flames from spreading and causing further damage to other properties, although there was damage to several vehicles in the area.

“The occupants were not present, there were some pets present that were released and later recovered by the property owner who returned to the home,” said Desjardins.

There were no reported injuries in the fire.

Desjardins said they will now conduct their investigation into the fire on Friday.

“Typically it’s not until we do a thorough investigation the next day that we can determine the cause and nature of the fire.”

At this time, it’s unclear what sparked the fire at the property.