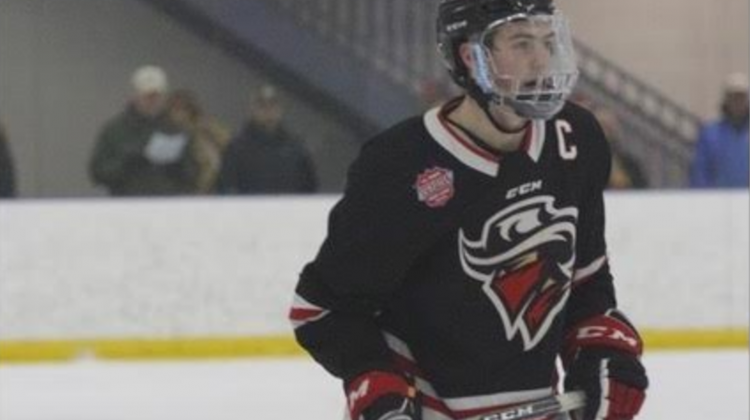 19-year-old defenseman Connor Sullivan from the Boston Jr. Bandits is the next newest commit to the BCHL's Cranbrook Bucks for the 2020/21 season. (Supplied by Cranbrook Bucks)

The Cranbrook Bucks have gotten another player commitment, as 19-year-old Connor Sullivan will join the Bucks for their inaugural BCHL season.

From Plymouth, MA, Sullivan had 45 points (7 G, 38 A) in 50 games with the Boston Jr. Bandits. Sullivan also captained the Bandits this past season.

“We are thrilled to add Connor to our hockey club for the 2020/21 season,” said Ryan Donald, Head Coach and General Manager of the Cranbrook Bucks. “His mobility, decision making, and work ethic stood out to our staff immediately, and we are excited to help him prepare for his NCAA career.”

Sullivan is committed to the Yale University Bulldogs for the 2021/22 season.

Donald said Sullivan is a terrific defenseman that will be able to play in all situation right away.

“Beyond his on-ice ability, Connor is an exceptional young man that will fit into Cranbrook and the Bucks organization extremely well,” added Donald.

Sullivan now joins forward Noah Leibl and defensemen Owen Forefellow and Rhys Bentham as the current players committed to the Cranbrook Bucks for the upcoming season.