The District of Elkford has voiced its opposition to two coal license applications made by Teck to the B.C. Government.

Teck applied for the two coal licenses to the B.C. Ministry of Energy, Mines, and Petroleum Resources, which would be northwest of their current Greenhills Operations. The land is upstream from Elkford and the Elk River runs through both properties.

Speaking to MyEastKootenayNow.com, Dean McKerracher, Mayor of Elkford, made it clear that they support steelmaking coal operations in the Elk Valley, but not on those parcels of land.

“We’re in opposition to that particular piece of ground, that property,” said McKerracher. “We support mining, absolutely, but the property is just north of Elkford and it’s tied right next to the Centremount Mine (Bingay Coal Mine )property as well. Should there be mine development on both of those properties, the increased liability that we would get into with contamination of the river which is our water for our community, which supports our community, so we need to make sure they do things right.”

In the District of Elkford’s letter to the B.C. Ministry of Energy, Mines, and Petroleum Resources, the municipality voiced their concern for the location of the two licences.

“Although this land is not located within the municipal boundary of the District of Elkford, it is important to note the significant negative impacts a project at this location would have on the District’s values and quality of life,” wrote the District of Elkford. “The District has historically opposed any mining proposed at, or in proximity to, these locations as they have a detrimental impact on the social, environmental, and recreational values of the community.”

The main concern noted by the municipality is water quality, with Elkford’s drinking water coming from groundwater immediately downstream of the locations from the Elk River.

McKerracher told MyEastKootenayNow.com that coal dust is also a concern as they look to mitigate the economic benefits of the coal mines with residential quality of life.

“We’re getting more and more dust from the Greenhills Operation from the expansion that they have and they’re going to expand again, further,” said McKerracher. “We’ve told Teck that we’re concerned with the dust, we’re concerned with the water contamination and so as we’re responsible to our community, we need to make sure that we send a letter to Victoria stating that we support mining but we do not support the particular development of those two properties.”

At the RDEK Board of Directors meeting on March 6th, McKerracher told the regional district they wanted to reinforce their opposition to the applications and ensure they were aware of Elkford’s stance on the matter.

See Elkford’s full letter to the B.C. Ministry of Energy, Mines, and Petroleum Resources below. 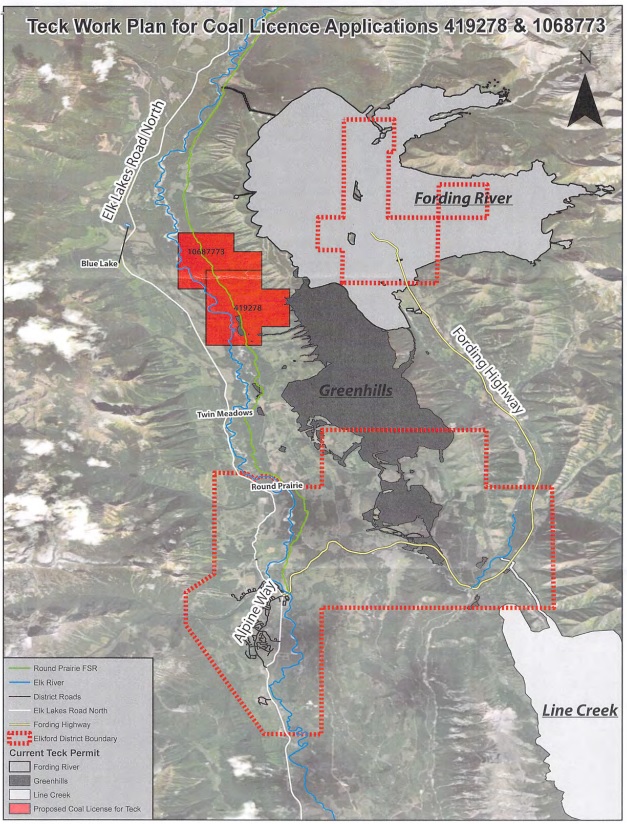 Bucks player commits to College of the Holy Cross

Sparwood looking for input on annual quality of life survey