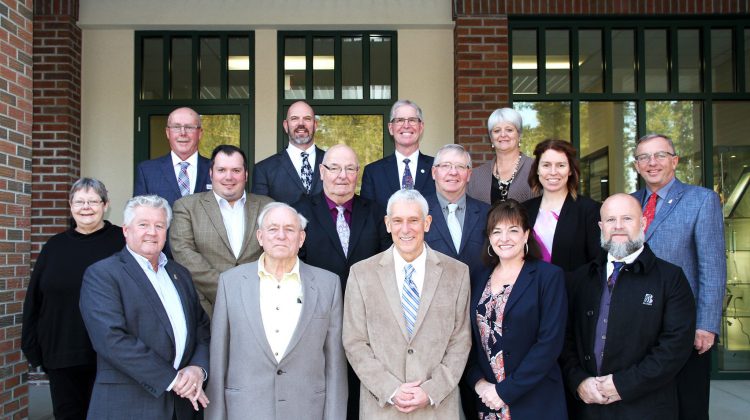 The RDEK Board of Directors approved an adjustment to their pay after a review from an independent panel, recommending their annual salaries match the B.C. rate of inflation.

“The folks looked at our salaries and said that we’re in the ballpark, we’re not at the bottom, we’re not at the top so what they suggested is that we should have a raise that is equivalent to the B.C. inflation each year,” Rob Gay told MyEastKootenayNot.com, Chair of the RDEK Board. “This year was around 2.5%, so that will set our salaries for the next four years.”

As a result, each Electoral Area Director will be paid $27,964 and each Municipal Director will be paid $13,983 in 2020. Rob Gay, the current Chair of the Board will receive an additional $20,664 for his added duties with the RDEK while Vice Chair Clara Reinhardt will receive $3,444 in addition to her Municipal Director salary. Those salaries will stay consistent with B.C.’s CPI (Consumer Price Index) in 2021 and 2022.

Each director that attends regularly constituted board meetings or special board meetings will be paid $210 per meeting. The directors will also be compensated for strategic planning meetings, and public hearings, or if they chair a committee meeting.

“If you come to a meeting you get paid for a meeting so if we have a public hearing we get paid, if you don’t go you don’t get paid, that makes sense I think to people,” said Gay, comparing their policy to other remuneration bylaws in B.C.. “In some regional districts it’s just a standard. There’s 12 board meetings, you get paid for 12, come or don’t come, well that’s not right.”

Implementing the performance-based pay schedule for meetings, along with having an average annual salary as per neighbouring regional districts and municipalities.

“The stipends being paid to all positions within the Board of Directors are appropriate in comparison to other regional districts at the present time,” wrote the independent panel in their recommendations. “The current ratio of stipends, with Electoral Area Directors receiving two times the stipend of Municipal Directors, is appropriate and reflects the work the Directors do.”

Gay told MyEastKootenayNow.com that he feels the pay adjustment is fair, noting that the increase in 2019 was more of a shock as elected officials across Canada looked to recuperate lost wages after their tax benefits were taken away.

“All across British Columbia as elected officials, school boards, municipalities we all got a third of our wages tax-free,” said Gay. “That was one benefit that we did get and the Federal Government decided to take that away from us so we tried to make up that difference last year and it was about a 12% increase. Certainly, when we did that increase and when we looked at the other regional districts during our blue-ribbon panel, we have caught up with the other folks where we were behind before.”

The only adjustment from previous years is a travel allowance, giving directors $20 for breakfast, $25 for lunch, and $50 for dinner when travelling outside of the RDEK on behalf of the regional district.

The RDEK Board unanimously approved the recommendations from the review panel and adopted the 2020 Board Remuneration Bylaw.