Cranbrook Ramping up for Winter Blitzville

(Supplied by City of Cranbrook)

The City of Cranbrook is revving up its engines for its second Winter Blitzville this weekend in the parking lot of Western Financial Place.

The event is set to begin on Saturday, February 15th at 5:30 and finished off at 9:15 with what the City said will be the “coolest low altitude fireworks ever seen.”

X Games champion Brett Turcotte and his Polaris snowmobile team will be making a return after the success of last years Winter Blitzville.

The City of Cranbrook said the event will boast five tents, two sets of ramps, a pair of large LED screens and a 30-foot high mountain of snow for its snowboard rail competition.

The City anticipates a large crowd drawn to the event and has several family-friendly vendors to give away samples, provide face painting, and sleigh rides around the Curling Club courtesy of Fort Steele. In addition, food and drink will be provided by the event’s many sponsors, including the Heidout, the Firehall, Coyote Jack’s and many more. 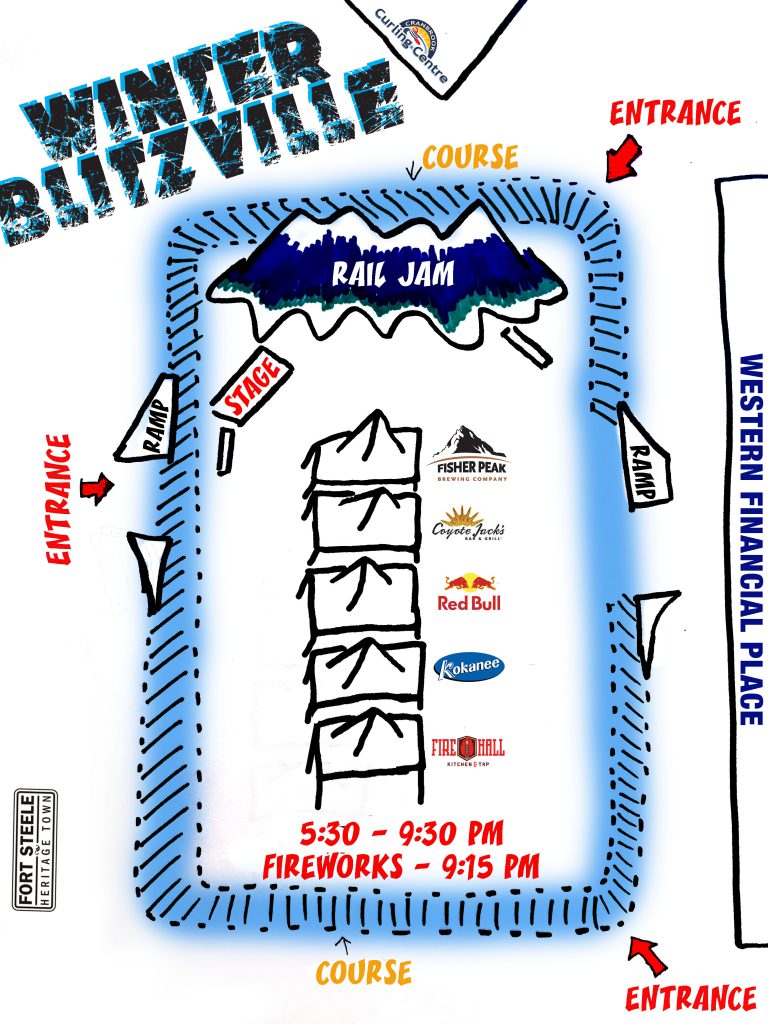 Map of the Winter Blitzville 2020 festivities. (Supplied by the City of Cranbrook)