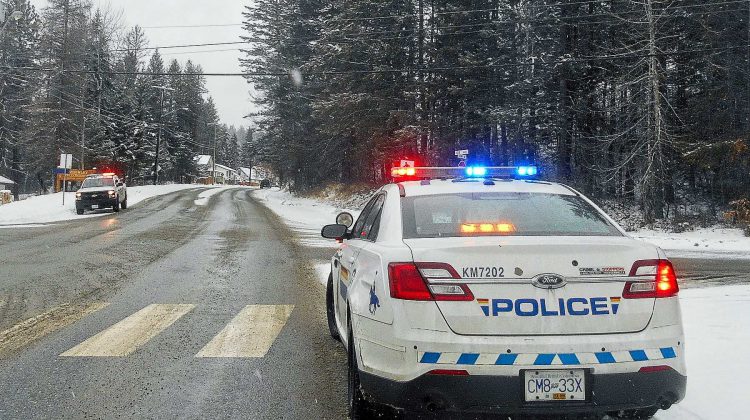 In a report to City Council, Kimberley RCMP said the last three months of 2019 have seen the lowest amount of calls to service than it has in the same time frame in at least the last seven years.

Sergeant Chris Newel said that the calls to service could be anything from a noise complaint to a violent crime, and the low number could be attributed to many different reasons.

“Typically the winter months, our calls for service do go down,” said Newel. “With the Christmas season and everybody busy skiing, I think. It’s not unusual that it’s down, but the fact that it’s actually the lowest in years is kind of interesting. I can’t attribute that to any particular area of crime, there was no one area that saw any significant amount of change.”

The numbers, according to Newel, were the lowest fourth-quarter calls that he has seen since his time joining the Kimberley RCMP. He added that while it is lower, it doesn’t necessarily mean a large change from quarter to quarter.

“Those quarterly stats are over a three month period, so sometimes we see calls for service drop by maybe 50 or 60 calls, really, that only equates to three or four fewer calls per week, so it’s not a significant number,” explained Newel. “In Kimberley, we typically do see spikes, we might have a whole day where we don’t get a call at all, then the next day we might get half a dozen.”

Newel added that Kimberley boasts one of the lowest crime rates in the province, saying that Kimberley’s outdoor lifestyle and its location away from major highways such as Highway 3 could be factors in that.