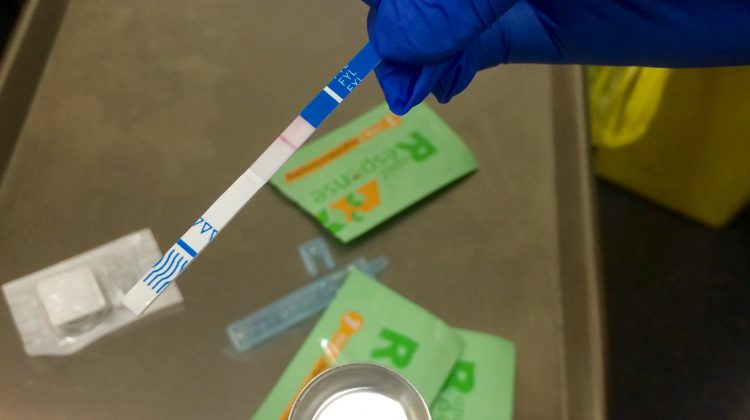 Interior Health (IH) is introducing a tool to help people make safer choices about drug use, with the addition of take-home drug testing strips that can check drug samples for fentanyl.

IH said that take-home fentanyl testing strips are available to community-based agencies such as ANKORS in Cranbrook and other organizations in Nelson, Kelowna, Vernon, Penticton, Kamloops and Merritt.

“For many people, there’s a certain amount of shame associated with their addiction, which makes it challenging for them to access drug-checking services at health care facilities,” said Roger Parsonage, Interior Health Executive Director, Clinical Operations, with responsibility for Mental Health and Substance Use Network. “With these take-home drug checking strips, they can now make informed, safer choices – this service has the potential to save lives.”

According to IH, stigma or shame about seeking substance use services can be a barrier to access to the health system. It added that the test strips offer an alternative to those that have used supervised consumption sites or community health centres to check their drugs.

“Because of the stigma that still surrounds addiction, many people die from overdose alone and at home,” said Judy Darcy, Minister of Mental Health and Addictions. “Giving people a simple, convenient way to check if their drugs contain fentanyl may help them avoid an overdose, and reduce the number of lives lost to the unpredictable and toxic drug supply.”

IH said in a study done by itself, Vancouver Coastal Health (VCH) and the BC Centre for Disease Control, take-home drug checking had positive results for fentanyl in opioid samples at similar rates as on-site testing.

“Take-home test strips are something clients have been asking for, and now we have some promising evidence for their use. This is one more tool among other strategies we have implemented to address the ongoing opioid overdose crisis,” says Jessica Bridgeman, IH Harm Reduction Coordinator. “Take-home drug checking can be particularly helpful to those in rural and remote communities who may not have access to other overdose prevention services.”

IH said that the test strips were originally intended for urine drug testing, and the use for checking the drugs themselves for fentanyl was pioneered by VCH in 2016. Results from the strips can be given within seconds by putting a small amount of a drug into a few drops of water and placing it into a solution.