Avalanche Successful in Regular Season Finale Ahead of PACWEST Championships 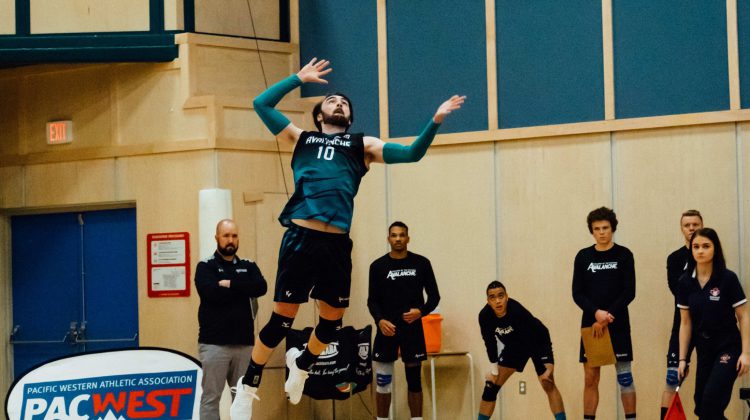 Alex Avery of the College of the Rockies Avalanche. (Bradley Jones, MyEastKootenayNow.com staff)

The College of Rockies Avalanche had a strong showing to close out their PACWEST regular season as the Men’s and Women’s Volleyball teams won 3 of their 4 combined matches.

Taking on the University of Fraser Valley Cascades, the Men’s Avalanche swept the Cascades to finish the regular season 8-16 and will be the fifth seed entering the PACWEST Conference Championship. The Avalanche took the first match 26-24, 34-32, 26-24 on Friday before cruising to a 25-19, 25-13, 25-14 victory in the second match on Saturday. Cranbrook’s Quinn Grist led the Avalanche with 20 kills through the two matches, while Gustavo Bertoli had 16 digs.

Meanwhile, the Women’s Avalanche split their doubleheader with the Cascades to end the regular season at 10-14 and currently sit fourth in the Conference. The Avalanche dropped the first match in five sets (25-18, 19-25, 25-23, 24-26, 28-26) but rebounded on Saturday with a four-set victory (22-25, 27-25, 25-19, 25-23) to close out their regular season. The stars on the Women’s Avalanche continued to shine as Ecaterina Arabadaji had 30 kills and 33 digs in the two matches, Taylor Whittall had 29 kills and 22 digs, while Megan Clark had 31 digs. Claire Sheppard also had a strong weekend, collecting 20 kills and 19 digs through the two matches.

The Men’s and Women’s Avalanche will now travel to Douglas College in New Westminster for the 2020 PACWEST Conference Championships from February 20th to 22nd.