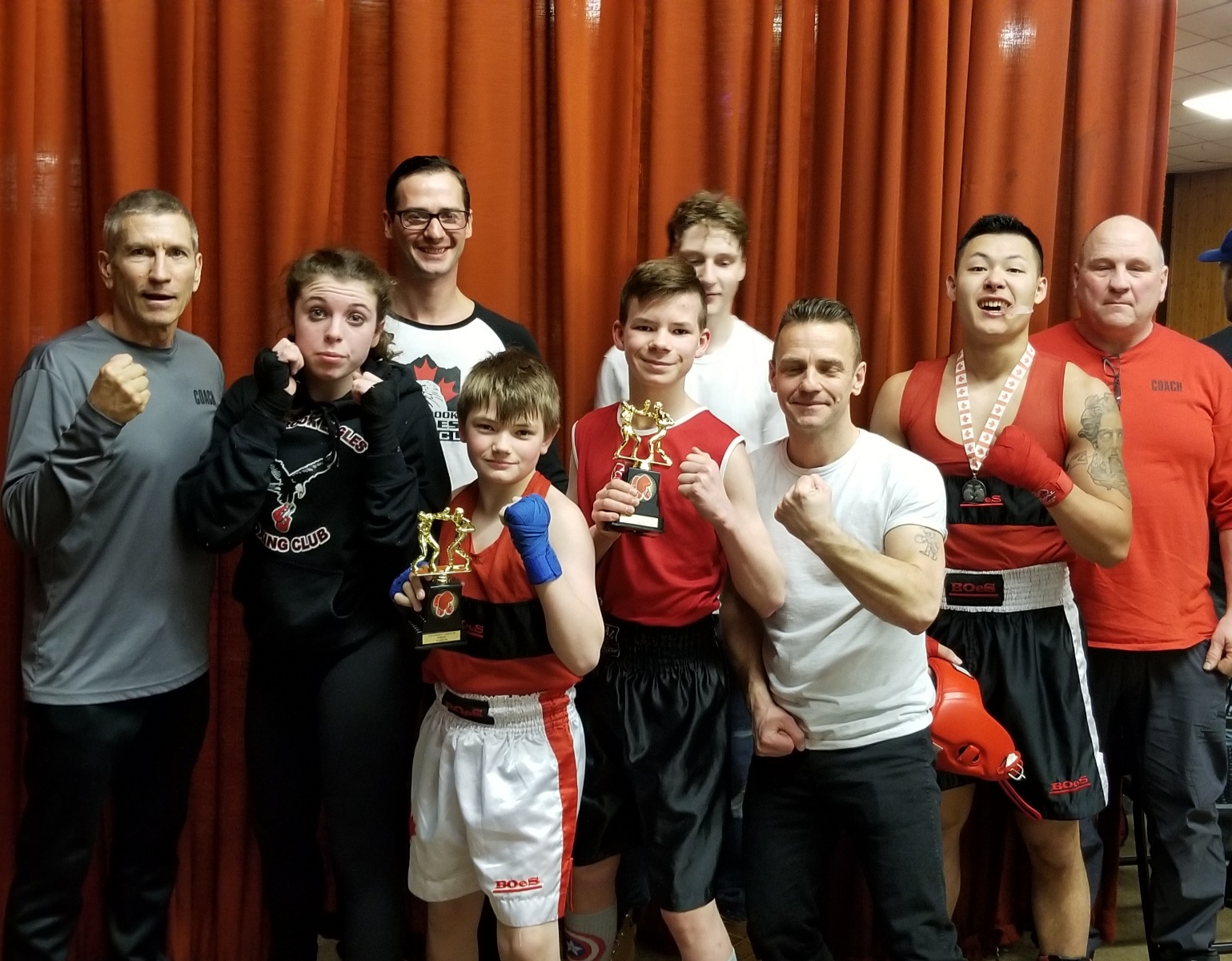 Eagles boxers brought home more hardware over the weekend in Fernie. Fight Night 3 was hosted by the Coal Valley Boxing Club.
In front of a sellout crowd at the community centre Sat night 11 yr old Cohen Penner fighting in the 40 kg division got things started stepping into the ring with first-time fighter Lyle Babbin of Fernie. Babbin came on strong early giving Penner a standing 8 count. Penner turned it on winning the next two rounds and taking the win in the Fun Box contest.
13 yr old Connor Ferrier stepped up a weight division and an age division to take on 16 yr old Makalu Babbitt from Nelson. Both boxers put on an excellent show of boxing skills for three rounds in this exhibition bout. This was a tune-up for both Ferrier and Babbitt as they prepare for Provincial championships Feb. 14,15 in Richmond.
16 yr old Hannah Jung was next up for an exhibition with Vanessa Smithies from the Coal Valley club. Both boxers exchanged punches for three rounds with both declared winners at the end.
16 yr old Ty Kolbeck returned to the ring for the first time this year to take on Elwin Langford of Nelson. This exhibition match would also go to a three-round draw.
Yo Ikeda fighting in the Elite age division took on tough Colton Jones of Fernie. Ikeda won the first round with some slick combos and defense, however, he ran out of gas in the 2nd and 3rd and lost a close decision.

As many as ten Cranbrook Eagles boxers could be attending the Alberta Golden Gloves March 7,8 in Calgary. 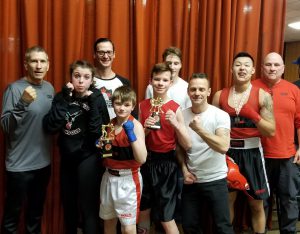