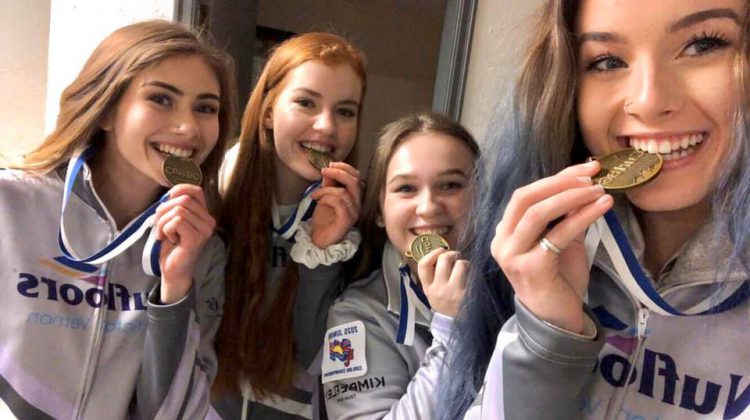 Kimberley's Team Buchy with their gold medal from the 2020 BC Junior Championships on January 2, 2020 as the team represented British Columbia at the 2020 New Holland Canadian Juniors in Langley January 18th to 26th. (Supplied by Team Buchy)

The 2020 New Holland Canadian Junior Curling Championships are just around the corner, as Kimberley’s Team Buchy is set to represent British Columbia.

The Kimberley-based curling team officially opens the Canadian Juniors on Saturday as their opening draws will be against the Yukon and Saskatchewan. The local rink will then match up with Newfoundland/Labrador and the Northwest Territories on Sunday. Team Buchy will then play against Ontario on Monday to conclude their early round-robin schedule.

The seeding and playoff schedule then begins on Wednesday and continues through to Friday, before the Canadian Juniors Semifinals on Saturday and the Men’s and Women’s Championship Finals on Sunday, January 26, 2020.

Team Buchy earned the right to represent British Columbia at the Canadian Juniors after a gold medal performance at Provincials on January 2nd.

UPDATE: Stirton Road wildfire “being held” by BC Wildfire Service