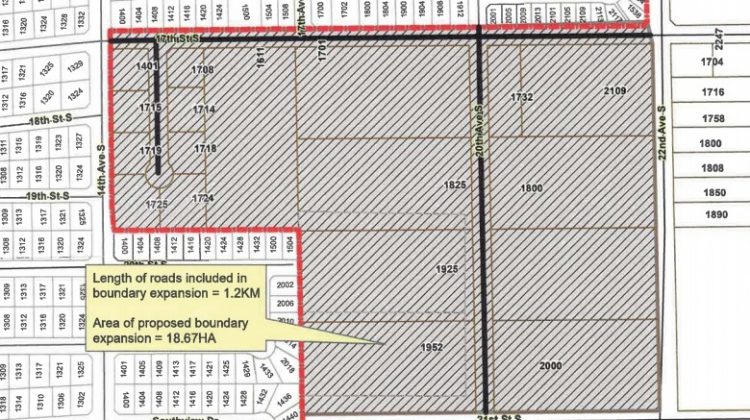 The RDEK has pulled back its support of a proposed boundary expansion by the City of Cranbrook that saught to incorporate 18 properties along 17th Street South.

Back at their December meeting, the RDEK Board of Directors supported Resolution 48853 for the proposed 18.6-hectare expansion but has since rescinded that motion and formally told the City of Cranbrook that they will not support the proposal.

“We feel that we were a little too premature to put the question of bringing those area residents from the rural area into Cranbrook at this point, so we’ve rescinded our interests at this point with the regional district,” said Ron Popoff on behalf of the City of Cranbrook. The Cranbrook City Councillor was a fill-in RDEK Director at the January meeting for Mayor Lee Pratt, who was out of the country at the time.

Popoff said the City of Cranbrook believes the expansion is a good option in the future and will come back to the RDEK and to the area residents with a new proposal. However, Popoff did not say when that may be.

The City of Cranbrook held an Open House with the area residents in December to further discuss the proposal.

“We just weren’t prepared to address all of the legitimate questions that the rural residents had, so given that, let’s take a timeout and let’s bring it back when all parties have a better understanding of what the true issue is.”

Rob Gay, RDEK Board Chair and Director for Electoral Area C, told MyEastKootenayNow.com that there was 83% opposition from residents to incorporate after they were notified how their property taxes would be affected going from the RDEK to the City of Cranbrook.

“It was in some cases over double the taxation, which is reasonable if you get the services, but what these folks learned at the meeting at that point was they were not getting services, so they were going to get a big bill for no services and there was no moratorium on taxes and those are some of the things that you can negotiate.”

Gay said that 15 of the 18 properties to be affected by the boundary expansion informed him that they did not want to be included in the City of Cranbrook, leading them to pull their previous support and vote against the proposal.

“When we did our Official Community Plan we recognized that the City has to grow, there’s no question a city would grow and that would make sense if the residents want to grow but, in this case, they do not want to expand. I asked our Board here to rescind the motion that we supported it and basically said the proposal from the City of November, we do not support that and the Board agreed to that, so it’s off the table right now.”

According to Gay, the City of Cranbrook will take the next steps they seem appropriate to potentially bring the boundary expansion proposal back to the RDEK, but there is no concrete timeline as to when they may return with a new proposal. 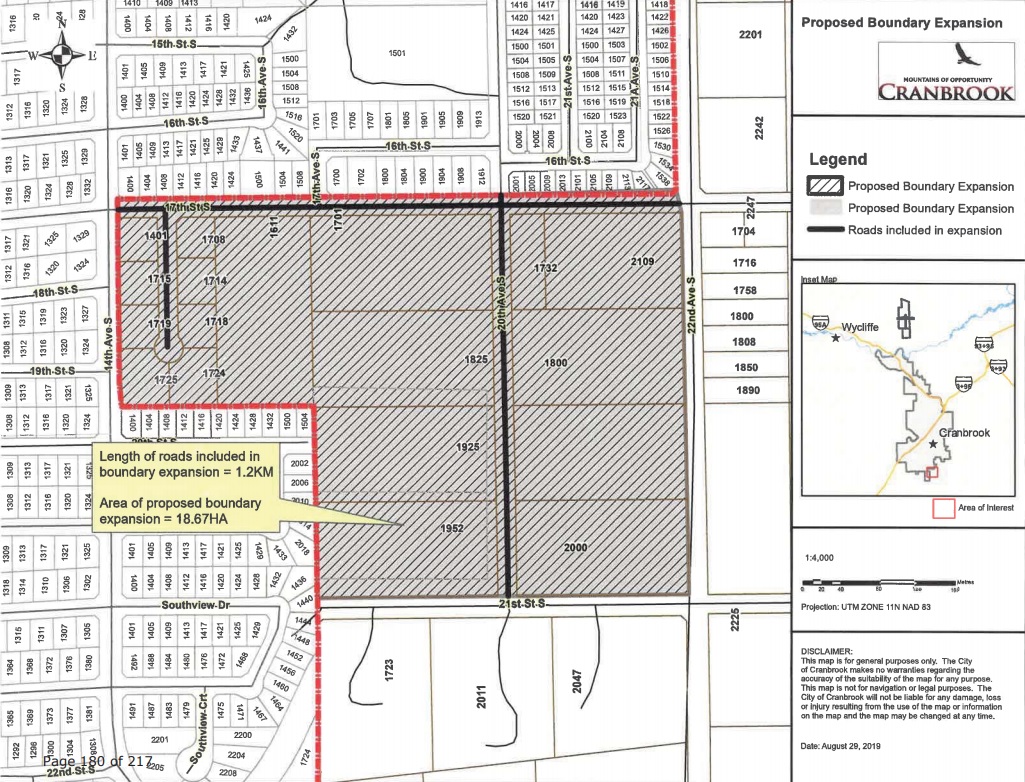