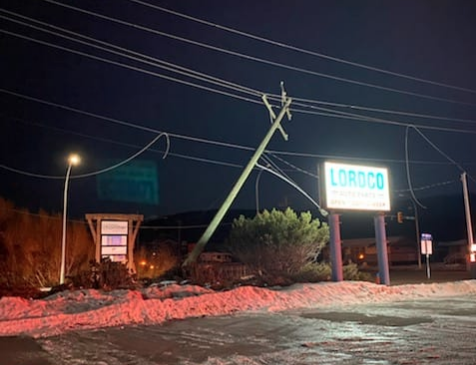 The damaged power pole from the motor vehicle collision Thursday, January 9, 2020 which knocked out power to 2,700 customers in northern Cranbrook and the surrounding rural area. (Jason Caven, MyEastKootenayNow.com staff)

BC Hydro fully restored power to northern Cranbrook and the surrounding rural area around 1:30 am Friday.

2,700 customers were left without power at 6:46 pm on Thursday as a result of a motor vehicle collision near Lordco in Cranbrook. The Collision completely knocked out power to the northern section of the city and to the rural areas to the north towards St. Eugene.

Highway 3 was closed at the scene of the collision to allow for emergency crews to respond and to allow for BC Hydro to make the required repairs.

BC Hydro has partially restored power to the 2,700 customers that were left in the dark Thursday evening in northern Cranbrook.

BC Hydro says power should be fully restored around 12:00 am MST.

995 properties remain without power at this time. 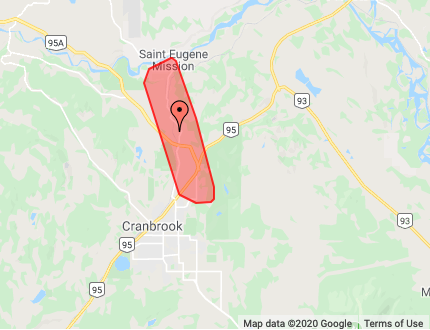 The updated map of the power outage in Cranbrook Thursday, January 9, 2020 as of 8:42 pm. (Supplied by Google Maps, BC Hydro)

Approximately 2,700 properties are without power Thursday night in Cranbrook as a result of a motor vehicle accident.

BC Hydro is reporting the collision is the cause of the outage.

Power initially went down around 6:46 pm MST according to BC Hydro.

The outage encompasses most of northern Cranbrook and extends to St. Eugene.

BC Hydro has assigned power technicians to assess the scene.

At this time, BC Hydro estimates power will be fully restored to the area by 12:00 am MST. 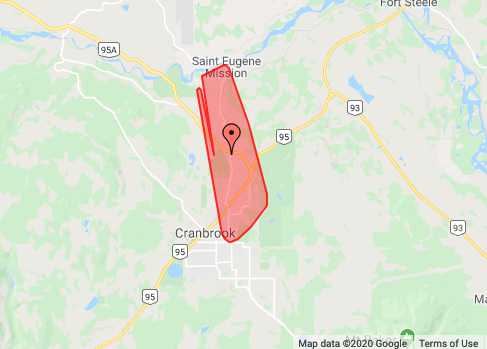 The original extent of the power outage in Cranbrook Thursday, January 9, 2020. (Supplied by Google Maps, BC Hydro)