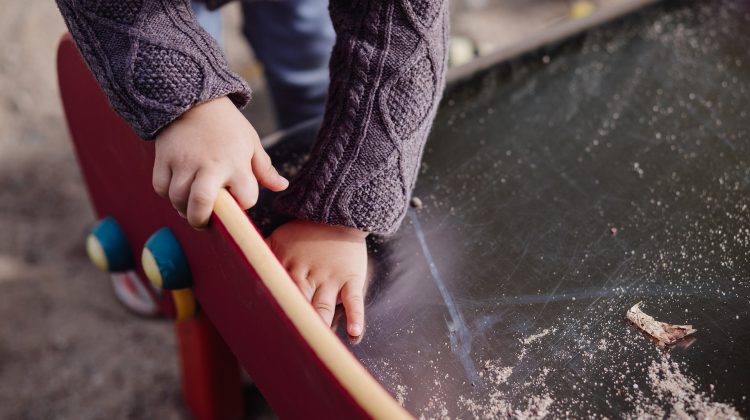 The results of Kimberley’s Childcare Needs Assesment has been presented to City Council, showing mirroring to a nationwide trend of a reported shortage of adequate child care.

The City of Kimberley partnered with Be the Change Group to conduct the assessment, who feels the results reflect a wider issue. According to the assessment, the impacts of lacking appropriate child care is felt across the community.

“I don’t think this is a municipal problem, I think this is a national problem. We had an opportunity to speak with the consultants who did the Cranbrook reports, and all the issues we had were 100% echoed in Cranbrook,” said Brandy Svendson, CEO and co-founder of Be the Change Group. “I think you can’t look at it at a municipal level, but it’s important that the cities get together, get these reports, and put this information up to the provincial government.”

Svendson pointed to some issues within the child care business that are causing further problems.

“There’s a lot of problems within the profession. For someone to have a licenced child care facility, they must have Early Childhood Educators on staff. That industry is very low-paying, it’s having problems with staff recruitment and retainment. There are lots of larger issues there,” explained Svendson.

According to the Needs Assesment, instability of child care arrangements has wide implications on a child’s development.

Several issues have arisen for children, as reported by parents. 75.2% of respondents said a lack of adequate child care has limited a child’s ability to interact with other children, while 61.2% said it limits the opportunity to play. 57% said they’ve seen impacts on their child’s ability to learn and improve social skills as well.

According to Be the Change Group, a lack of consistent child can result in a lower quality of life, which can have lifelong detrimental effects on learning, behaviour and health outcomes for children.

Some of the biggest areas of concern for parents in Kimberley, according to the assessment results, are the ability to work and mental health.

According to the Childcare Needs Assessment, the most significant result from their survey saw 80.1% of parent respondents reporting that a lack of suitable child care has limited their ability to work.

“This one came up a lot for us. That, in turn, leads to families being on a single income, as a result having an impact on the economy,” explained Svendson. “Mothers at our round tables were professionals who could get jobs, but they just couldn’t go back to work because they could not get child care. A lot of them would put their child on waitlists when they were pregnant in the hopes that when their maternity leave was done, they could go back to work. In a lot of cases, the waitlists were just too long.”

In addition, 55.1% of parents said they feel as though they can’t advance in their careers.

The second highest area of concern, 66.9% of parents reported they have less ability to take care of their mental health.

“What we really heard, specifically from parents, is that they were having difficulty in their relationship and their day-to-day life,” said Svendson. “They are feeling stressed, both financially and just not having the ability to have any break from the children. It was really impacting their overall health.”

As a result of families being on a single-income from a lack of child care, negative impacts on the economy are felt through the community.

According to Be the Change Group, families on a single-income, find it difficult to justify spending on extracurricular activities, as a majority of their income must be spent on essentials.

It added that the restriction on spending has a further negative impact on the social and financial participation of families and children within the community at large.

“We did have some examples of people saying they were selling their second car, or they’re not upgrading their home, and in some cases, they’re not having a second child because the financial impact is too stressful,” said Svendson. “A thing that at first glance some people might think it’s small, but A lot of people said they have no money for extras. They’re not shopping for clothes for their children, they’re not going out for dinner with their partner or buying coffee. I think that would have a larger impact on a community like Kimberley with a lot of small businesses.”

Suggestions from Be the Change Group

A number of recommendations were also presented to Kimberley City Council to address the shortage of child care.

“There are grants available for municipalities and the city does have some power in terms of their role in terms of impacting child care,” said Jelena Pavlovic, Project Manager of the Childcare Needs Assessment. “These are things like bylaws, zoning, space creation, tax exemption for child care providers and businesses. However, for a sustainable long-term change, there is a strong need for multi-actor collaboration.”

Among the specific suggestions were to incorporate child care into future municipal planning, and allowing the City to look at creating child care spaces itself.

“Are there opportunities for city-owned buildings or land that can create an opportunity? We have seen it in other municipalities, in case studies where they do it for a dollar a year rent,” added Svendson.

A number of solutions were presented to Kimberley Council for consideration to address its child care needs.