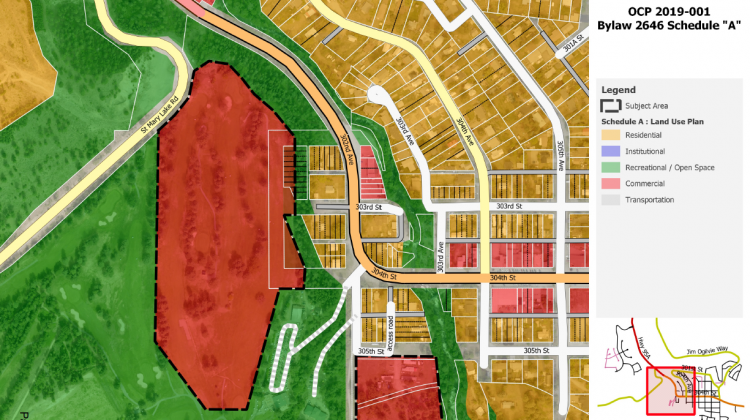 Purcell International Education addressed attendees of a question and answer session and feel as though concerns may have been cleared up surrounding a proposed private school with a focus on elite athletics in Marysville.

Members of the public attended an information session on Thursday night to ask PIE questions about the planned campus.

“The community is supportive, and community members have offered suggestions and ideas,” said PIE President Duncan Macleod. “The collaborative potential of something like this is limitless. The more people that come forward with great ideas, the better the projects is going to be when it’s realized.”

According to Macleod, the budget for phase one of the project is set at less than $20 million even though it launched with a planned budget of $60 million. Further expansion is planned when student populations exceed 300.

“Our initial funding plan got shelved, as a result of that, we came up with a new way of moving forward. Part of that includes incremental building and modular construction,” MacLeod said. “We’re going to build and grow as the students enroll.”

Funding plans had to change and progress was delayed, as Chinese investors pulled out of the project due to international conflict.

“The significant geopolitical circumstances and situations that have developed over the past year have definitely impacted us and informed some of our decisions. I Feel like we’ve ended up in a better place because of it,” MacLeod said.

According to Macleod, the school will have at least 50% of the student body coming from outside of B.C.  Despite it being a private school, sports facilities on campus will still be available to local students and athletic clubs.

Macleod also added that int increase in population from students will provide opportunities for local businesses.

He added that he feels benefits will extend beyond Kimberley and Marysville.

“We’re going to be able to offer a suite of clubs and sports after school that’s on par with big metro centres,” said MacLeod.”As a result of that, it’s going to ripple through the educational experience of the young people in these communities. The amenity creation part takes that and extends it to the community as a whole.”

Macleod added that despite offering more athletic opportunities, PIE will not compete with existing programs.

He added that the school will be focused on providing quality education, beyond making a profit.

“This is not just a business. We’re not going to rack and stack kids there just because it’s good business,” explained MacLeod. “The reason we’re doing this in this community is to realize a mutual benefit and create opportunities to build amenities. It actually would have been a lot easier for us to get investors if we agreed to put this anywhere west of Chilliwack.

The school is planned to have a large international student body, and Macleod feels the interaction of different cultures will be beneficial.

“The more diverse a program is, the better it is for the Canadian kids that are participating and the international students who are attending as well,” said MacLeod.

While the school will take up some of the Kimberley Golf Course, Purcell International Education said it will ensure the property stays an 18 hole course.

Kimberley City Council recently agreed to a map amendment to allow for the next phase of planning. MacLeod added that more information sessions will likely take place as the project progresses.