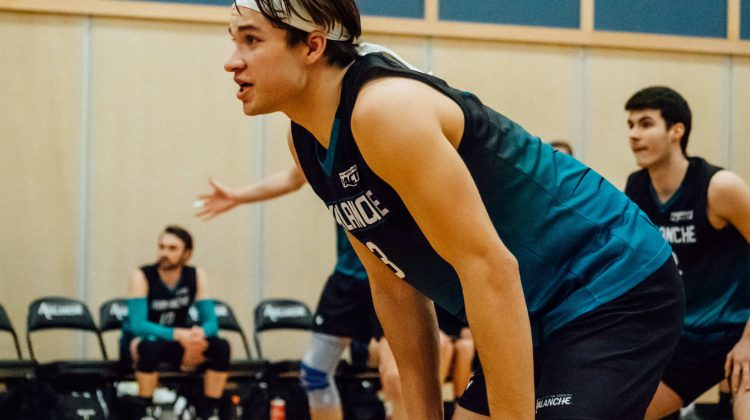 The College of the Rockies Avalanche closed out the first half of their PACWEST seasons with victories over the Camosun College Chargers, as two players earned national recognition for their performances.

Entering the weekend with a 2-10 record, the Men’s Avalanche were needing back-to-back wins against Camosun to keep pursuit in the PACWEST standings.

Caleb Peters was outstanding for the Avalanche, collecting 56 kills over the two matches to be named one of the CCAA’s National Players of the Week.

Now with a 4-10 record, the Avalanche continue to sit sixth of seven teams in the PACWEST but are now six points ahead of the last-place Columbia Bible College Bearcats (1-11) and two points back of the University of Fraser Valley Cascades (5-7).

The Men’s Avalanche return to action January 9th through 12th for a four-game road trip against the Douglas College Royals (9-2) and Capilano University Blues (9-3).

The Women’s Avalanche snapped a four-match losing streak and won their final two matchups of the semester to get their record back to 6-8.

Whittall would lead the team with 37 kills through the two matches while Arabadaji was all over the court offensively and defensively, collecting 27 kills and 38 digs. Arabadaji’s performance against the Chargers netted her National Player of the Week honours from the CCAA.

With their most recent wins to wrap up the PACWEST semester, the Avalanche are holding on to fourth place in the Conference as they are just two points back of the University of Fraser Valley Cascades (7-5) and two points ahead of the Douglas College Royals (5-6).

The Avalanche will open their new semester in early January as they take on Douglas College and the Capilano University Blues (3-9) on a four-game road trip to New Westminster and North Vancouver.