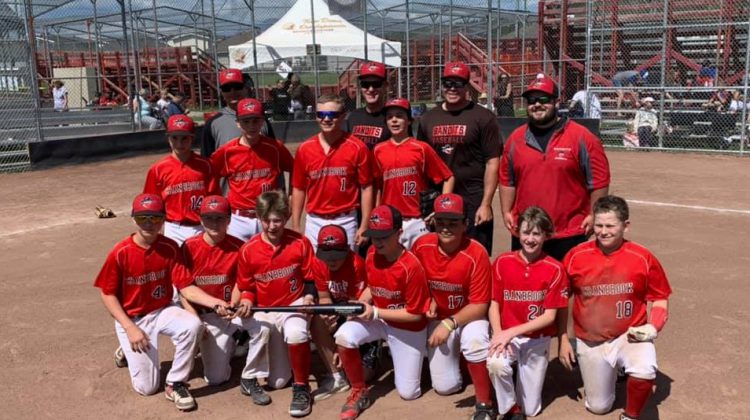 The Cranbrook 13U Bandits with the 2019 SlugFest Championship Bat following their 17-7 win over the Calgary Cubs on Sunday, July 15, 2019. (Supplied by Cranbrook Bandits All-Star Baseball, Facebook)

Seven elite minor league players are travelling from Cranbrook to Las Vegas to compete against other skilled baseball players.

Players will be put on a team with others in the same age group from around B.C. and Alberta. Local players will be placed on U14, U13, U12 and U11 teams.

“The kids have never met each other before, they’re going to have a bit of a mini-camp on the 7th and 8th. They’ll have a few games together just to kind of practice intra-squad games,” said Cranbrook Bandits player parent Paul Reimer.

On top of playing at an elite level, the kids will have the opportunity to show off their skills and learn from Major League insiders.

“There will be quite a few Major League scouts there,” said Reimer. “All of the coaches that will be working with the kids will either have Major League experience or have worked extensively at the upper levels of baseball.”

Since the Bandit’s season has ended, keeping their performance sharp has been a priority for those heading to Las Vegas.

“It’s been a bit of a challenge because baseball’s ended. We’ve had to try to keep the kids in shape and keep them practicing,” Reimer said.

The tournament is set to begin on November 9, 2019. Each team will get four games minimum and a chance to participate in the playoffs if they qualify.

Following the games, players will return home on November 11.