The Cranbrook Senior Bandits are in Libby, Montana for the 2019 American Legion West District Playoffs as the Bandits will look to capture their first District “A” Championship.

Finishing the American Legion Conference with a 10-10 record and going 19-15 overall this season, the Cranbrook Bandits are the fourth-seeded team in the West “A” District.

As the fourth seed, the Bandits will take on the host Libby Loggers on Thursday in their opening game, who are also the West “A” District’s fifth seed this season.

The District Tournament is a double knockout format, meaning the Bandits are guaranteed at least two games and will have to lose twice in order to be eliminated.

Cranbrook (#4) and Libby (#5) open action at 7:00 pm on Thursday. If the Bandits are victorious they will play the winner of the “bitter” rivalry between the Bitterroot Red Sox (#1) and Bitterroot Bucs (#8) at 7:00 pm on Friday. Otherwise, the Bandits will go down to the loser’s bracket and match up with the losing Bitterroot team.

The West “A” District Championship will be played at 1:00 pm on Sunday, the champion advancing to the Montana State Championship. 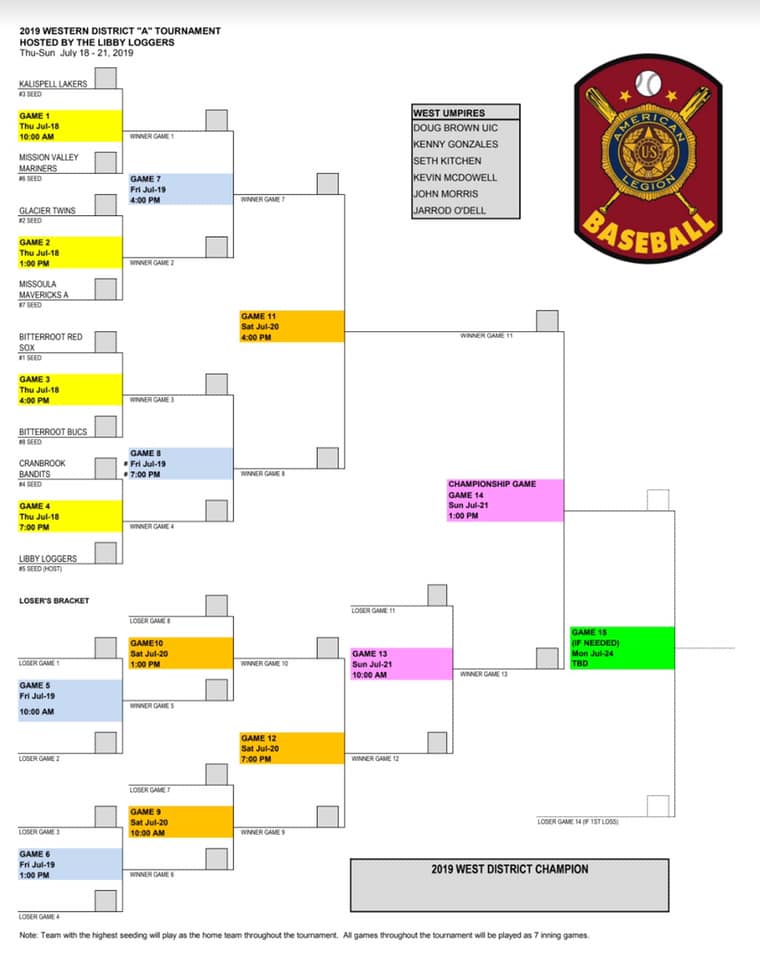