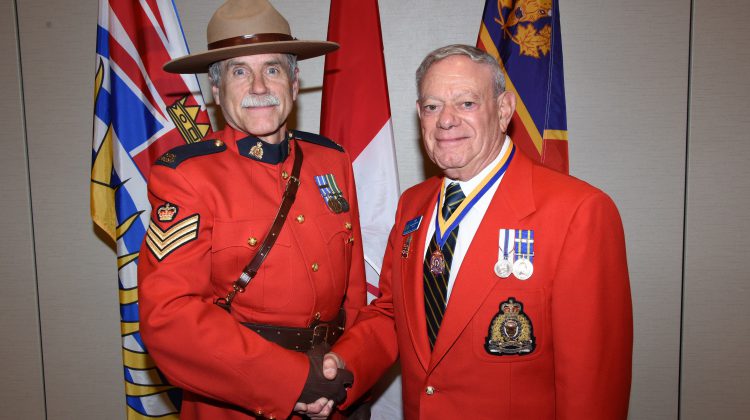 The RCMP Veterans Association presented Newel with the award on October 10th.

“Sgt. Newel is recognized for outstanding promotion of a safe community through community engagement, a progressive foot patrol program as well as has his proactive media and public relations,” said Tony Hamori, Award Committee Chair.

A member of the Kimberley RCMP detachment, Newel was given the award at the Southeast District Awards Recognition Ceremony in Kelowna by Brad Haugli, Chief Superintendent of the RCMP, and Allan Speevack, Southeast RCMP District Commander.

“Sgt. Newel reflects the core values of the Force through leading by example in many investigations, emergency incidents and major events,” added Speevack, who is also the President of the RCMP Veterans Association Okanagan Division.

The RCMP Veterans Association said the award recognizes a member of the police force who best represents the mission, vision and values of the Royal Canadian Mounted Police.

As part of the recognition, Newel also received a pair of long shank spurs for his red serge, engraved with his name and regimental number.