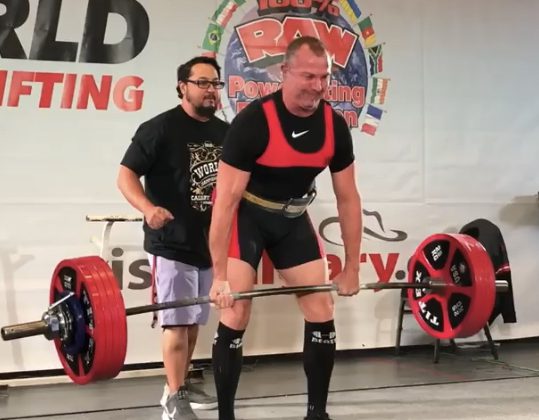 Over the weekend, Parker and his coach/daughter travelled to compete in squat, bench, and deadlift.

On top of taking home the silver medal, Parker also set a national record for his age category, lifting 523.6 lbs.

“Last year I went to Virginia, I did was just one lift,” Parker said. “I was 49 then, I was a young pup, and I set a record in that age class. This year I was striving, because I turned 50, the national record was definitely reachable for me.”

Parker said he’s been competing since 2000, and took a few years off due to injuries, but got back into competing three years ago.