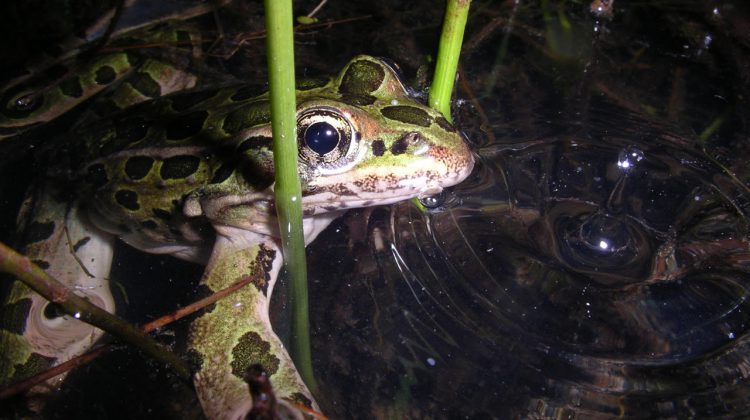 The endangered northern leopard frog is one of the species benefiting from the ‘Kootenay Connect’ initiative. (Supplied by Marc-Andre Beaucher)

The Kootenay Conservation Program (KCP) has been awarded $2 million in federal grants over four years to fund projects to protect regional wildlife.

The KCP said that money was matched one-to-one, adding up to a total of $4 million in total to put towards conservation work.

KCP went on to to say that some of the species’ habitats they will be focusing on include species like grizzly bears, northern
leopard frogs, western screech owls, American badgers and Lewis’s woodpeckers, among many others.

“We have over 60 Projects that are going to be funded in four different areas that we’ve called biodiversity hot-spots in the Kootenays,” said Marcy Mahr, KCP Stewardship Coordinator. “The Columbia Wetlands the Wycliffe corridor area, the Creston valley, and the Bonanza Biodiversity Corridor, which is between Slocan Lake and Summit Lake.”

Mahr explained that the initiatives will have the goal of protecting vulnerable and at-risk species in those areas.

She explained that among the threats facing these ecosystems include habitat destruction, invasive species, forest fires and climate change.

Mahr said many people in the region live in areas where interactions with wildlife are common, and the goal is to ensure co-habitation.

“This effort of Kootenay Connect is really focusing on our valley bottoms. That’s where most of us choose to live, and it’s also where some of the most vulnerable species in our landscapes either live or need to move through,” Mahr explained to MyEastKootenayNow.com. “Our goal is to be working in these various landscapes and corridors to allow both humans and wildlife to thrive.”

The KCP stated it will be working with partner organizations who will be managing local projects as they go along.