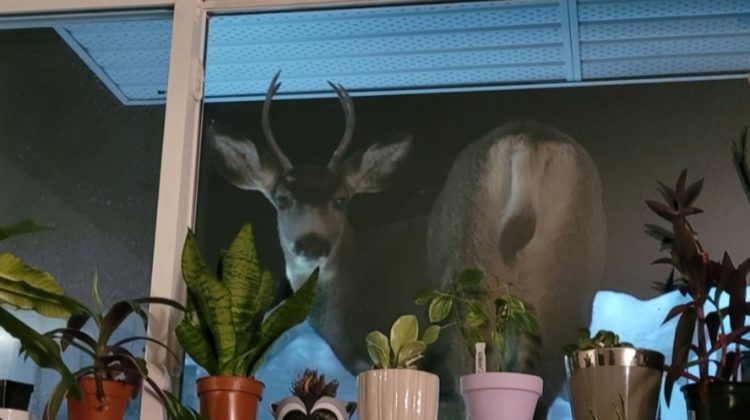 Kootenay East MLA Tom Sypitka has offered to help the City of Cranbrook communicate with the provincial government regarding problems with deer in the community.

Mayor Lee Pratt said the city and the province have been passing the buck on the issue.

“We’ve been dealing with this since I’ve been in office, so at least seven years, with literally no success. We’ve gone to the minister now and basically said that we need a solution and we need to get serious about working on it,” said Pratt. “We’re looking for support from MLA Shypitka and his party with the minister in charge, Minister Katrine Conroy, so that we find some kind of solution.”

Shpitka said he will act as a correspondent for the city in discussions with the Ministry of Forests, Lands, Natural Resource Operations and Rural Development.

“This was to reach out to city council to discuss a problem that has been nagging council, the city and other municipalities, and that is: where is the responsibility with our urban deer? Does it lie with the province or does it lie with municipalities?” said Shypitka. “I know the city has been struggling with it for a long time, I know they haven’t been getting a lot of conversation with the ministry and they haven’t really made it a priority.”

Shypitka said the frustrations regarding urban deer are shared by himself, residents and city officials.

Mayor Pratt said deer in town are not only a nuisance but can also be dangerous.

“Some of them are just causing problems with the vegetation around people’s homes,” said Pratt. “The ones that are really concerning to us are the times when deer have attacked people or pets. This last year, I think we had two instances of pets being actually killed by deer and a number of complaints about aggressive deer on people.”

Shypitka explained that the issue is a bit complicated regarding who is responsible for dealing with the animals.

“Wildlife is an asset of the crown, and once that asset enters a municipality or another jurisdiction, that responsibility is passed onto the jurisdiction,” explained Shypitka. “I think both governments need to accept the responsibility on this issue, and I’m there to kind of be the liaison to find that balance.”

The City of Cranbrook has tried relocating and culling the animals, with little success.

“We tried relocation, and that didn’t work. The ones that didn’t perish in the wild came back to Cranbrook. The ones that did perish, we did autopsies on them and their stomachs were full of garbage,” said Pratt. “We tried the cull system, but there’s a small minority of people who don’t want the deer to be gone, so they vandalized our traps and the cull was very unsuccessful.”

In 2020, Cranbrook’s deer cull only caught a total of eight deer, out of the 70 that was approved by a wildlife permit.