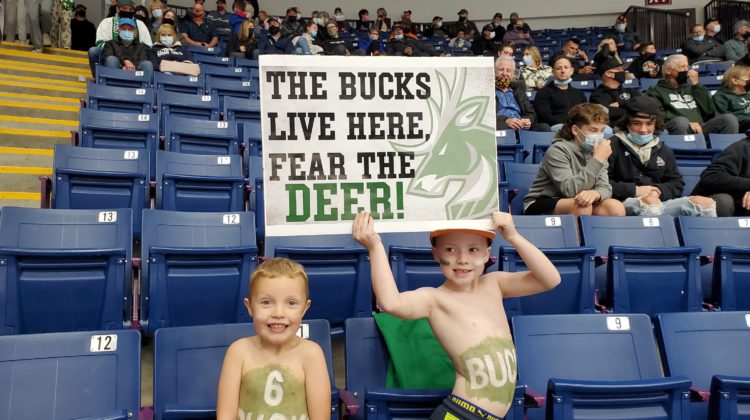 Two local hockey players started their BCHL careers when the Buck’s came to town and are continuing to play locally.

Ryan Donald, Bucks Head Coach and GM said having local players is great especially when first getting established in the community.

“I think one of the nice things about having our program here in Cranbrook is that it offers guys who are from this area the opportunity to play in the BCHL,” said Donald.

“We love having guys who are from our local area, just because of the community sports angle and what we want this program to be about.”

“We want to give players who are from Cranbrook and the Kootenays an opportunity to be seen and play at a pretty high level.”

One of those players is Cam Reid from Kimberley.

Reid put up three points in 19 games last year for the Bucks. This year he has already matched that point total in just six games.

Donald said Reid has grown a lot since joining the organization.

“Cam’s a good local product that grew up here and grew up in the minor hockey system in the greater Cranbrook area in Kimberley and played with the Dynamiters at the Junior B level,” added Donald.

“He’s a guy that made our team as we were launching as an expansion franchise last season. A player who has certainly grown really from day one coming to our original rookie camp and getting the chance to get that exposure and the opportunity to play in the BCHL.”

The other local player is Quaid Anderson from Cranbrook.

Anderson tallied two goals and two assists last year and although he remains without a point so far this season, Donald said they appreciate the composure and competition level Anderson brings to the ice every game.

“Quaid’s a reliable player, he’s a guy we’ve grown to appreciate the compete level and the way he composes himself day in and day out,” said Donald.

“The approach that he has both in practices and in games, something as a coach you know what you’re going to get out of Quaid every single night.”

The Cranbrook Buck’s next home game is on November 12th against the Alberni Valley Bulldogs.