A first for the BCHL and Canada 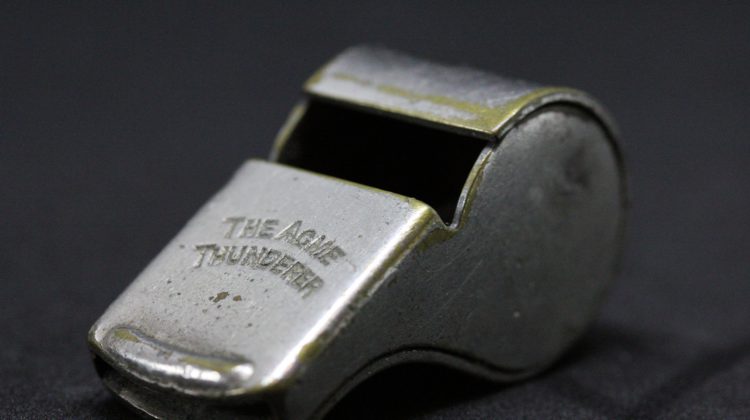 Grace Barlow and Megan Howes refereed the game between the Langley Rivermen and the Surrey Eagles on October 17th, 2021, while Melissa Brunn and Colleen Geddes worked the lines.

Barlow said she hopes young women will be encouraged and it was an honour getting the opportunity to make history.

“Being on an all-female crew is both exciting and comfortable,” said Barlow. “These women beside me have been my friends, as well as my colleagues, for years.” “Getting the opportunity to make history with them is an honour. I hope other young women can watch this game and know that all aspects of hockey are for everyone.”

“To share the ice with strong athletes is one thing, but to skate alongside strong female athletes at this level is another,” said Howes. “I am tremendously proud of our journey thus far.”

Brunn said the all-female crew was huge for the game of hockey and shows determination isn’t marked by gender.

“As much as we want to address this as ‘just another game on a Sunday’, I hope this shows that hard work and dedication pay off,” said Brunn.  “This game is monumental for the game of hockey as four females take the ice. However, it is also about recognizing that drive and determination are not marked by gender. I hope we are able to make the BCHL, our peers and young female athletes proud.”

“Being on this first all-female crew is very exciting,” said Geddes. “Having worked beside these ladies for years, it is an amazing opportunity to work this game and show the next generation that anything is possible.”

All four women have officiated at various levels, making their way to the BC Hockey officiating system.  BCHL officials said Howes and Brunn have worked in the BCHL prior to this year, while Barlow and Geddes are in their first BCHL season.

“This is another step towards a more inclusive approach to hockey,” said Vanessa Stratton, Female Officiating Lead for BC Hockey. “We commend the BCHL’s openness to providing equitable opportunities for females. This game will showcase the abilities of our female officials to perform at this level and, in the future, hopefully becomes commonplace, rather than celebrated.”

“They are leaders for the next generation of young female officials and that is something to be so proud of.”