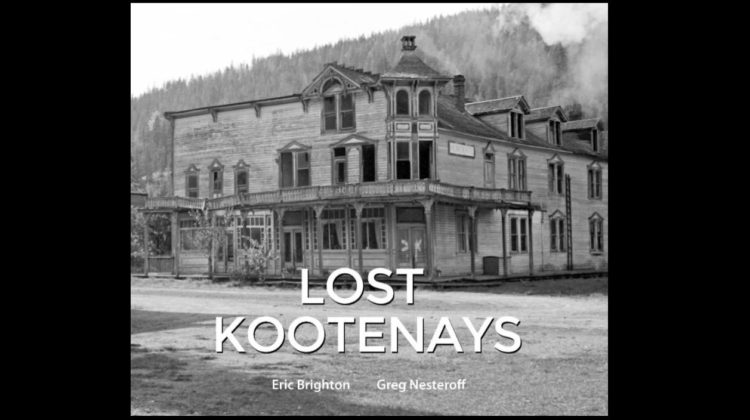 Built in 1896, the Arlington Hotel in Slocan City was demolished in 1953. This photo was chosen as the book's cover. (Supplied by Lost Kootenays Facebook group)

Lost Kootenays, a book compiling historical photos from around the region, has hit the shelves for history buffs to enjoy.

The idea for the book started from a Facebook group with the same name and grew to a following of over 51,000. Before becoming co-authors, Greg Nesteroff and Eric Brighton were moderators of the page.

“Lost Kootenays has been a particularly popular Facebook group since it launched in 2013 as more of a nostalgia site initially, for the 1950s onward. It has become pretty much a clearinghouse for anything to do with the history of the Kootenays,” said Nesteroff.

MacIntyre Purcell Publishing approached Nesteroff and Brighton in late January of 2021 to compile a book of photos. The two were given a short timeline and submitted a collection of photos along with captions for publication in March.

“It has about 130 photos that span from the 1860s to the 1950s. It covers many different themes related to the history of the Kootenays from transportation, to mining, to forestry and groups like the Doukhobors, Chinese Canadians, First Nations, Japanese Canadians and Indo-Canadians,” said Nesteroff.

Nesteroff said he wrote most of the captions while Brighton compiled most of the photos, but the two switched tasks from time to time.

Nesteroff lives in Trail, while Brighton is from Kamloops and used to live in Kaslo.

The book hit shelves on September 30th and is available for purchase online and through local book stores.