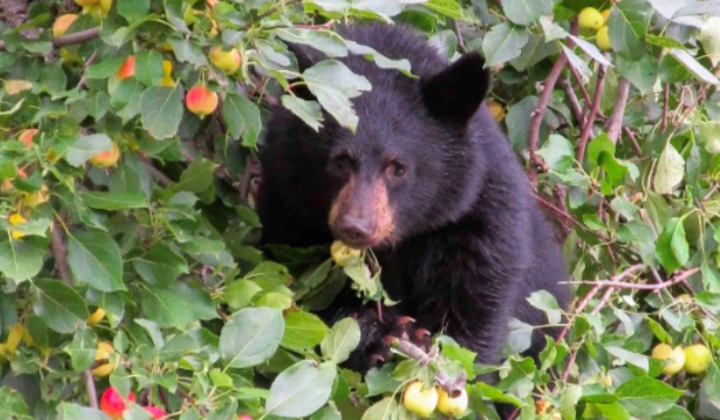 A bear enjoying some fruit. (Supplied by WildsafeBC)

Several bears have been put down in Sparwood after they have become accustomed to scavenging food in the community.

“Unfortunately we had some bears put down in Sparwood. We don’t like to see that happen, so we strongly encourage people to be very vigilant with their garbage and fruit trees. The more attractants we can take away from the bears, the better,” said Wilks.

Last week, conservation officers set up some traps to try and capture and safely relocate the bears. The bears were seen in the community, particularly around the high school Frank J Mitchell Elementary school and Michel Creek Road.

“If we can lessen the attractants for bears, they’ll hopefully wander through town. These bears decided to hang around a little too long and were becoming a nuisance and a danger to the kids at the schools,” said Wilks.